“The ticketing twilight scenario made a rapturous go-go for sweeting on the solitary exemplar of potency that did merit us a rain check of invitations to showcase the inherent sentimental affection….come again, the schmaltzy exudation.”
Wow! Coming close to yet another rhapsodic “happening upon” with the play for the keeps and protean Range Rover and…..why are we using this terminology?
Why a negation from the customary top honored and streetwise vocabulary?
This time it is different.
Oops two question marks! Owing to Range Rover’s versatile praxis of bringing forth “well dressed” specimens that have the in fine feather appealing facet, our deep motoring lovable acts would certainly find form when the brawny and sturdy Sport SVR awakens a thoughtful and involving run through for our ever famous five aspect coverage while keeping the enamored effect on course.

What feelers does it exude on the outside? Of an incomparable sort to be very honest!
That’s more on the lines of a rudimentary picking one’s brain.
Ok, deviating from this! As we are getting a fix on a major leagued Brit!
Which surely warrants a unique marvelous settling?
Yes!

With oozes and loads of easy goings and clear sailings lined up in its heavy stuff for a mannered high flown depiction, the frisky SUV shoots ahead of the normal considerations of being repeatedly thought over of a worthwhile inclusion in the blue chip list. Because it feels as the benchmark from the first day!

Step one! Cleared with flying colors! Of course those brutish and stout hearted augmenting exterior embodiments will have a spellbinding craving for a lifelong hookup. The SVR feels a thousand steps ahead in the race courtesy it’s flashy and dernier cri design doing the proud illustrating for the latest fad expressing.
Not to countermand the supernatural He man trademark impressions.
Ah!
A compliant amigo for the refined rounds while at the same time a perfect hangout for the eye popping lifetime jaunts! 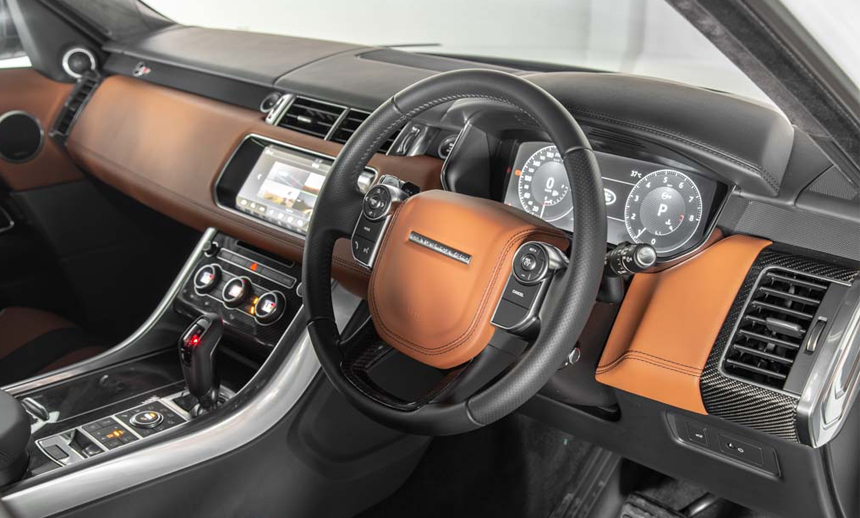 Full-fledged famous dictums and revered gnomes!
These are not one time sayings but a chanting of plaudits to incite the special positive hunch as a strong testimony for the decked up SVR interiors. The Range Rover’s started to have an efficacious follow through regarding its particularity phenomena and certainly doesn’t want to hold back for your equally engaging double date with its entrancing cabin.

Get reminded of some of the finest handiworks of the century as the unfaltering cues inside step up perfectly to the notion of “being a stickler for gilt edged grains”.|
Honor that! The Oxford perforated leather seats with the standout SVR insignia will happily handout a celestial surmount of rising over the basic embryonic epigrams of comfort….comfort…because they feel a notch above the rest. 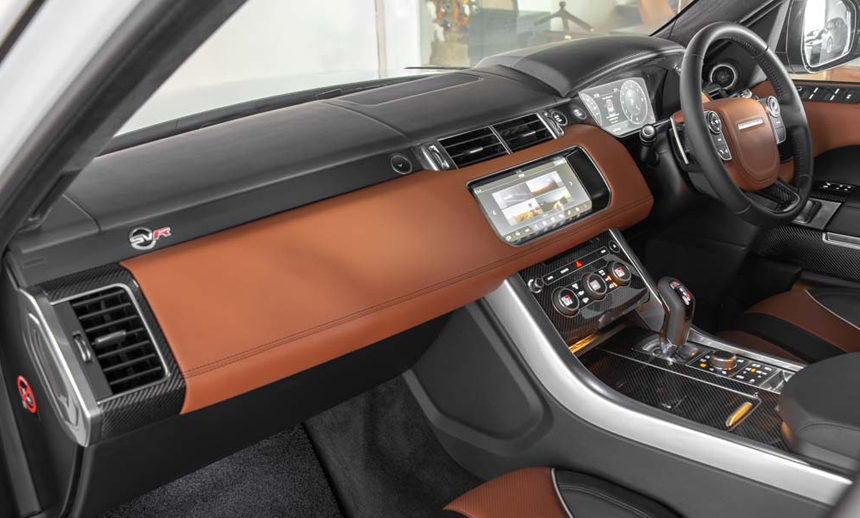 Doing away with the periodic nail biting fixations, is the nifty touch screen on the dashboard for that is much on the lines of announcing your deep rooted automotive intent….
Give an upright shot to the rapport building exercises as the unit won’t leave you in an apprehensive pondering state of, “is it at par with the modern age ABC theories of technicalities.”
Hooking on effect in process! Yep, it knows no bounds…coz there’s a peachy aura doing a meritorious deed of a fastening steed for the extra pickers. Surely the SVR is getting a high five for its once again precise proceedings with the unerring instrumentation of the setup….that too in your good books for future records. Running over and brimming with a nimble like quick –witted notability can admirably be the Sport SVR’s forte to rabble rouse a rapid pacer’s role for the keen forced marches.
No rebuffing on that at least as the vibrant 5 Litre v8 supercharged petrol motor willfully tries to ape a brisk doer in all honesty and tallying up the involvement are the 542 energetic horses which are at your beck n command for an occasional outburst of daring stuffs.

Range Rover wants to win your heart by propagating it’s tried and tested philosophy of staying glued to the 8 speed gearbox and without a surprise it does a wonderful job of satiating you with the familiar bits of exact and faultless shifting. Reckon the fact! Give the SUV a hearty push around corners and be apprised of its top form agility of taking the bends with utmost poise and high spirit.
Dynamic venturing in action, right!
Together with an alive and kicking flavorsome exhaust pitch sprouting the trailblazing bee in the bonnet….
You can’t stop praising it!
Also…
There’s the nifty SVR four corner electronic air suspension and adaptive dynamics doing the calculative mind work for putting forward their genre of unbelievable ball games.
So it is definitely a well ingrained chronicle of the SPORT SVR doing a scintillating anecdotal tryst with its first rate performance to fill your imagination with more stupefactions to drool over.

Something more to add on! Having focused on every nitty gritty, did we high spot the envy reaction of your social circle when you contentedly do a red carpet debarkation with the SVR!
Just wish for a non-eruption of a bone of contention as to whose possession does the perfect spotlighting.
But of course, it won’t really matter to you because at the end of it all, you listened to your gut feeling that was craving for the lustrous Brit marvel since the very beginning.

Hearts choice at the end of it! 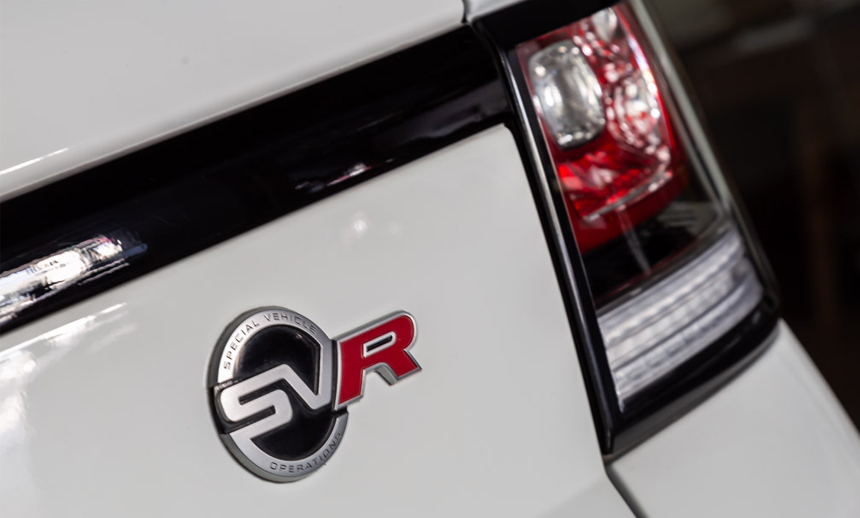 The SVR’s a charm and dream to own and living with it is akin to transcending oneself to a land of paradise where the hair raising and cliff hanging vistas honor the hitching effect…….(between you and your beloved machine)
With its share of mastery and leg ups, the spruce SUV does know a thing or two of continuing with the renowned instated practices of redefining the segment norms.
And to sum it up!
The Range Rover is indeed a choicest exclusive…well because of the tempting badge value and over the top preferential pining which award it the winner’s hat.