Porsche has Won More than 30,000 Races Worldwide! Dig Out Moreâ€¦

“If one has does not fail at times, then one has not challenged himself”

These words by Ferdinand Porsche probably hold true for him! The grand success and many firsts of the brand over decades are enough to prove the fact. Only a few names in the automobile industry are as synonymous with speed, performance and innovation as Porsche itself.

Do you remember the happiness of Joey (from the popular TV series F.R.I.E.N.D.S) when he accidently got access to a Porsche? We know that very episode would now have become live in your memories and you could pretty well imagine the happy face of Joey. Well, it was not only him anyone who gets the chance to be behind the wheel of a Porsche would be on the ninth cloud.

PORSCHE – The name itself is intriguing! Don’t you think?

The hardcore Porsche lovers claim to know many things about the brand they adore but there are few least common yet interesting facts about Porsche and its founder that might force you to love the brand even more. Let’s check those weirdos out:

1. Porsche racecars have won approximately 30,000 races around the globe. A record unbeatable by other brands! Believe us, not even Ferrari could beat this number in near future.

2. Do you know when the world’s first hybrid electric car was introduced? In 1899, by the eponymous founder of Porsche – Ferdinand Porsche. Christened as Semper Vivus, it was also the first car to have brakes on all the 4 wheels. Vivus was an electric vehicle where the internal combustion engine was used as a generator. 3. Ferdinand Porsche also broke the myth that smaller cars can’t be powerful and speedy than bigger vehicles. Sascha was the live example! Significantly smaller than the size of its competitors in the race, Sascha won 43 races, which include the 1922 Targa Florio.

Ferdinand was also the brain behind a 4-wheeldrive Formula One car, though it couldn’t make up to the track due to lack of funding. 4. Just for your information, the that-time-to-be fastest car on the globe, Mercedes-Benz Type 80, was actually designed by Ferdinand Porsche in 1939. The car was supposed to hit the top speed mark of 470mph. Now we get to know that he was not boasting when he said –

“I couldn’t find the sportscar of my dream, so I built it myself” – Ferdinand Porsche

5. Ferrari and Porsche share same passion and love for “Horse Power” as the crests of both the brands have a prancing horse. Where Porsche owns the right to use it (related to City of Stuttgart), Ferrari uses it as a luck charm. 6. We all know how popular and demanding Porsche 911 is but do you know that it was not the actual name? The car was first introduced in 1963 and was named as 901 but due to the patent nomenclature claim by Peugeot, Porsche had to change the name to 911.

7. Not only the automobile industry but Porsche Design has its first say in the fashion industry too as Porsche was the first company to introduceworld’s first chronograph watch in black color. 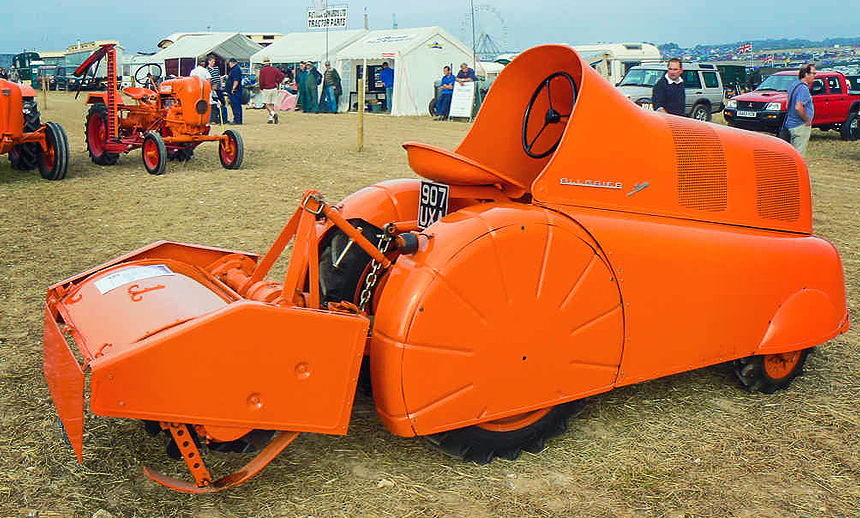 8. You might think that Lamborghini made a niche for itself with its tractors but you are highly mistaken as this title too was snatched by Porsche. Yes, Porsche was into the designing of tractors and believe our words its history is way more interesting than that of Lamborghini. 9. The popular and powerful bike maker, Harley Davidson too appreciates Porsche Design’s technology. The superbike manufacturing company uses some of Porsche’s engines in few of their bikes, including the mighty Harley V-Rod. The engine for this bike was specially designed by Porsche for this purpose. 10. Well, another weird yet interesting exploration by this automobile manufacturer. For those Porsche lovers who are foodies too, Porsche has also DESIGNED A GRILL! Astound? So are we!

11. Serving its clientele in a very special and kingly manner, Porsche is the only brand that offers customization in exterior colors of the Porsche cars. Choose the color you want your Porsche in and here it is! All you have to do is – pay extra bucks for the special service.