A total livewire!
What a real unpretentious performance in the movie Ishaqzaade! A role that made the critics panel sit up and take notice of Parineeti Chopra. Her sprightly and vivacious personality adds a new dimension to her honest performance on screen. The cousin of Priyanka Chopra will surely make a mark given a few meatier roles for she does full justice to her work. Her famed repertoire speaks volumes of her dedication, hard work and talent and so with her choice of cars that epitomize power, trust and sturdiness. “Physical attraction is common and mental connection is rare”. Well to begin with, the saying holds true in all honesty for the gem bearing the leaping cat’s logo! A profound positive impact on your senses on a first glimpse which is sure to turn into a heartfelt affection thereon, the flagship saloon XJL from Jaguar’s stable is an outright example of sportiness, dynamism and flamboyance put together. For the star actress, owning the British example is a matter of great pride and honor together with the feeling of having arrived. A fastidious visualization and conceptualization of the XJL’s design has been extremely well portrayed by the bold architecture, sleek and sophisticated lines and a mighty presence which simply sees it taking the crown in all parameters. The English automotive stalwarts’ commendable talent is further highlighted when one gets to experience a lounge like setup on the inside which is unmistakably Jaguar which is a strong testimony that no stones are left unturned to pamper you to a new dimension. Expectations and desires just got a new meaning with the XJL’s sophisticated cabin!

Without having tested the sheer capability and potency of the vigorous cat, the fun still awaits you. It’s a winsome opportunity knocking on your door! And when you make yourself comfortable in the driver’s seat, you are sure to be spellbound by the competence and forcefulness of the big heart under the hood.

A 3Litre Diesel V6 motor churning 275bhp and 600Nm that sets its own benchmarks! It becomes the talking point by epitomizing sheer grunt and power packed performance which is in a different league altogether. One is not left wanting for more with XJL’s superior handling characteristics and on road dynamics that impresses every bit and in the process becomes a real trendsetter. A sure shot winner by Jaguar, the XJL beckons to be owned discerningly at least once in your lifetime as a lifelong companion. Looks and a stylish X factor feeling is the in thing of the present days! It of course keeps you in the limelight and adds to your glittery quotient that catapults your popularity no end. And choosing the best and mainstream four wheel ride is surely an option to keep the streak going for the renowned Bollywood stars. Opting for the trendy and elegant Audi A4, Parineeti Chopra has reaffirmed Bollywood’s staunch liking for the German luxury car brand. The association keeps on going stronger and stronger day by day! The A4 sedan is an ideal reflection of neoteric philosophies and extensively personifies the brand’s forward looking conceptuality. Young looking, modern and dynamic, the A4 intrigues you with its special charm and aura that is a big delight in itself. To make things more exciting, the sedan unfurls a series of revelations with its contemporary appeal, feature and technology packed cabin and a host of engine options to choose from for the most emphatic ride. The Audi A4 truly knows how to rewrite the rules of the segment and it is for this reason that it has enjoyed an immense successful run amongst the brand’s elite clientage. And this brings us to Parineeti’s next priced possession! A memorable ownership experience with the A4 has led her to choose the best in class, the new Audi Q7 in her exotic collection of cars. See no further than the vibrant offering which feels as individualistic as you. The flagship SUV from Audi has a lot going for it and with the new model launched recently, the tides have indeed turned the positive way for the four ringed brand that enjoys exclusive brand affirmation and fan following. 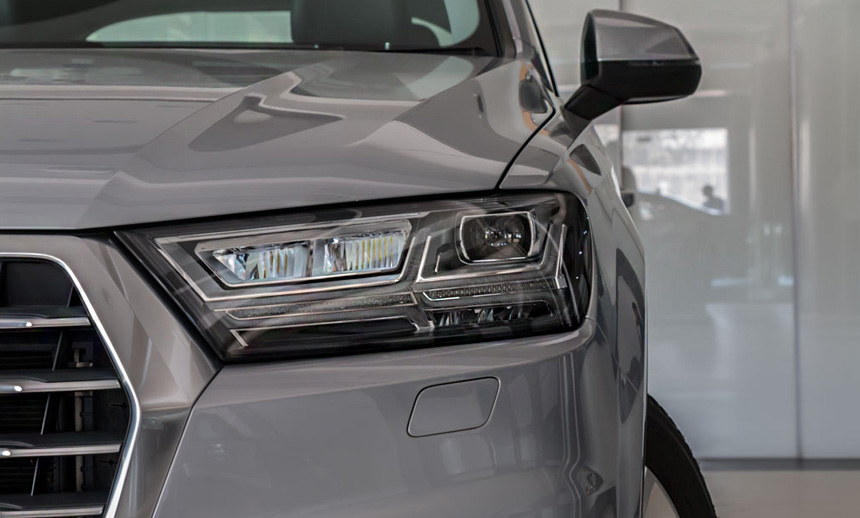 The Q7 is an unblemished amalgamation of leading technology, progression and finesse and feels as if it is wholly tailor made for you. 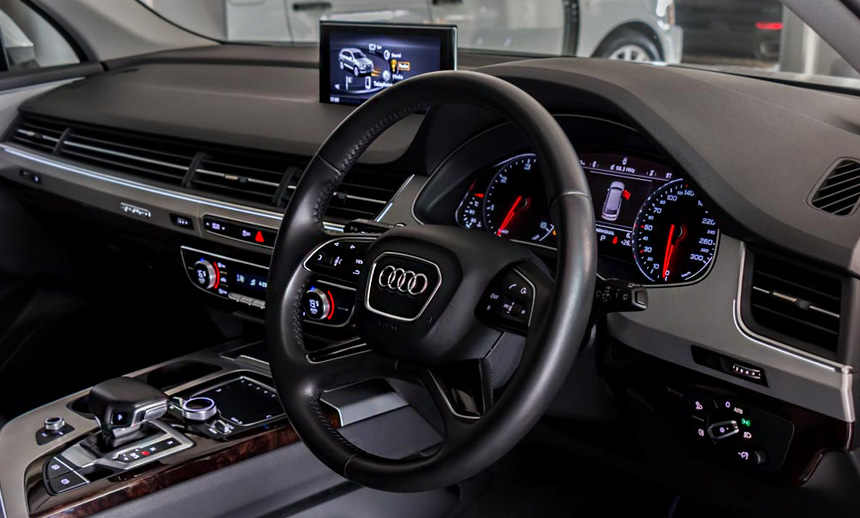 Audi once again steals the limelight with its new offering that is ready to lock horns with its rivals on all fronts. We eagerly wait with baited breath to see her untapped comic side in “Golmaal Again”, which will surely catapult her career graph to a new high.

Here’s wishing her good luck for her next release and hope that her role gathers appreciation and accolades just as her cars have done in the automotive industry.