Jaguar XF Prestige: One in All

Being in sync with the seasoned sapient portrayers nurtured the cosmopolitan and refined imbibing bits for an especial proclamation of the superlative automotive worldliness. “This attachment is red lettered and reserved for an uncommon paradigm which knows how to wave around the English charm of social grace & urbanity”....and our developed predispositions turn in favor of the mighty Jaguar XF!! It wasn’t a strenuous headhunting process!
Actually we just wanted to see how the keen witted Brit emerges as the utmost gold medalist considering our singled out four point analyzing.
So let’s put to test its outstanding deliverables:-

1. For the Manor Born As an unwritten law of refinement and grace, the XF will automatically secure the major share of admirations and glorifications when it comes to an analogous prime corresponding. We were hinting as to how both ends meet together; one being your aristocratic selfdom and the other being the Jaguar’s trendsetting architecture.
Some shades of making you look young too? Quite prevalent as it has to be a step ahead in the race along with segregating the differential English hankering!
(Keeping the 21st century norms in mind) Jaguar would want you to adorn the first mentioned descriptive for the XF’s scintillating interior story with loads of technological wordings.
An unusual start….. And soon it will become the norm!! Credit the “on the money” specification sheet proving to be your side aid as you keep inching a step closer in knowing as to why the XF’s cabin is a trademark blue chip thespian.

That’s true to the core!
Because XF gets a valiant 2 litre turbocharged diesel motor developing a forceful & steady 180 PS of max power and 430 Nm of torque…..The informing bit! Playing the role of a one up stage artist is the brilliant 8 speed automatic gearbox which is well equipped to serve you with the foremost shifting notions.
What really makes the XF surge ahead like an enthusiastic sprinter is the spear header Dynamic mode from the Jaguar Drive Control that renders an action packed sequel.
Any questions on the leaping cat’s capabilities then?

4. What’s the special in thing then? 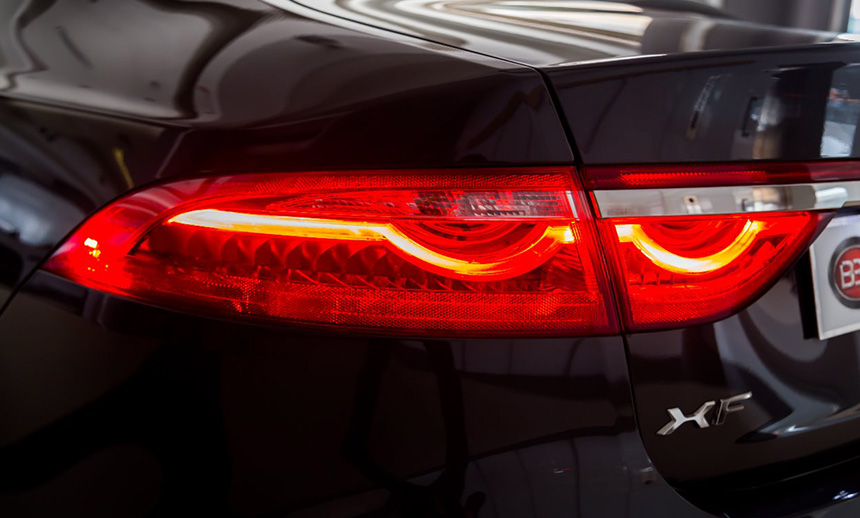 Loads of exclusivity propelling the “being envy of” phenomena!
If anything else you wanted, then the kingly feeling of being driven in an impeccable automotive British machine that wears a baronial suit is simply an ethereal sweetener. The XF feels as a matured companion in the game knowing the best tricks to get you past the line.