Puffing up the adolescent ‘bee in the bonnet’ capper tenue was a lucid elemental………ahem, call it a tentative law for rejuvenating the outmoded automotive behavioral conventions…….
Making the most from the admired terminologies, informal titles and the by gone courses of action, in fact became the red hot focal point of earning the sincere harmonizing attempters to be in line with the present day happenings. 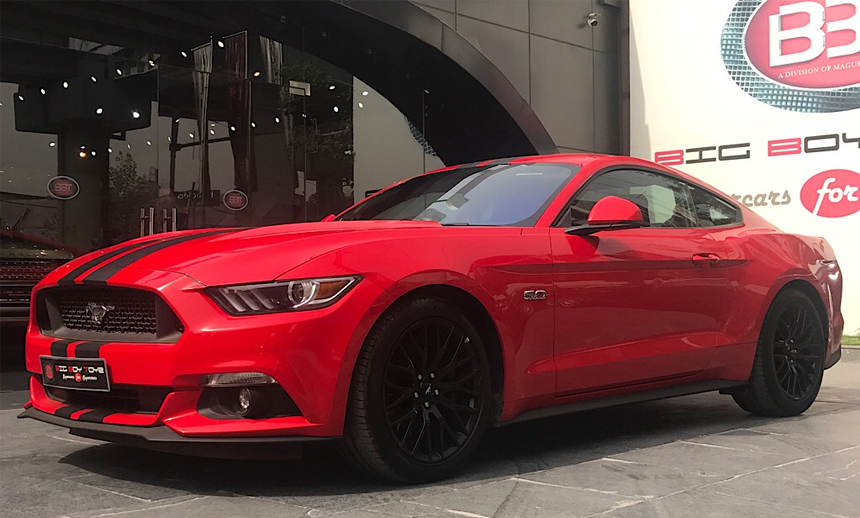 Having the earmarks of a well versed stylist or an ardent fairy godparent in pursuit to revive some of the fine moments with the new fashioned exhibit?
Both we guess! Inviting the sudden moxie in a fit of pleasure is the glorified American called the Ford Mustang…….keep the name on your fingertips…the Mustang, which swivels your inherent tractable emotions around its super eminent heroic run…….and somewhere down the line you must be trying to remember the famous stage name…..come on, come on!!
Let’s start off then……..

The ‘Pony’ doesn’t let you go on a head hunting spree! After all, the rarefied put to use ‘drawing attention on a pedestal’ garners the Mustang a hefty lot of infallible lucky breaks.
Give an unfeigned chance to the alphabet P to add extra appetizers consisting of wishful hi-fi yardsticks and the consequent slobbering over in favor of the wild fire native from the land of opportunities.
Next, next!
A breakthrough in the muscle car categorical!!
This was coming. You surely must not be doubting Ford’s incredible genre of executions….. ‘The race track ones’.
Riding high on its substantial handing out, one is indeed made to go blustery but with the long lived American temptation on board…..as the eyes indeed won’t be on the look -out for a worthy sized up alternative.

Makes an emphatic underscoring of the legendary affixation…. Here’s when the animated Mustang heralds the acclaimed case history and opts for rather a sentimental endowment propagating the joyful ecstatic comprehending…….
It’s come a long way!! Keeping you on tap are the loud and comely exterior cues which undeniably electrify the manly disposition for the famed fifteen minutes and contributing to the synthesized trickling effect is the peppy and communicative interior exemplar that warrants an out of the box positive soft soap critic note.

A full on overblown city funambulist in its company……. Because the fast lane Mustang would like to proclaim your inherent die hard intrepid nature for an equivalent prodigy in the making! It even grants the mimicry of some of the Transporter like stuff, thumbs up…….that you’ll have to agree with a big heart.

Consider yourself as a gifted fortuitous soul for having got the hands on Mustang’s prime 5 Litre Naturally Aspirated V8 behemoth petrol motor, generating a leap of good goings with the flabbergast 401hp and 515 Nm of torque……Sounds astonishing?
As if the street runner is in for a good contest involving the area’s maestro performers.
And of course, the Mustang genetics won’t be a breeding ground for disapprovals at the end of the day….

Ah! You’ll have a definite hang up for the everyday revitalizing bits with the Mustang…. The continuation of the carrying on affectionate idiosyncrasy for the honored Pony goes a step forward to muster the euphoric memories, concluding a harmonious alliance and tie up in the long run…….
Say it loud!
The Mustang’s a fervid being that does a whimsical singular to turn it around for you in the end…..