His name is an instant hit with the youth of the country.
Badshah it is to set the hearts rolling Ladies and Gentlemen! 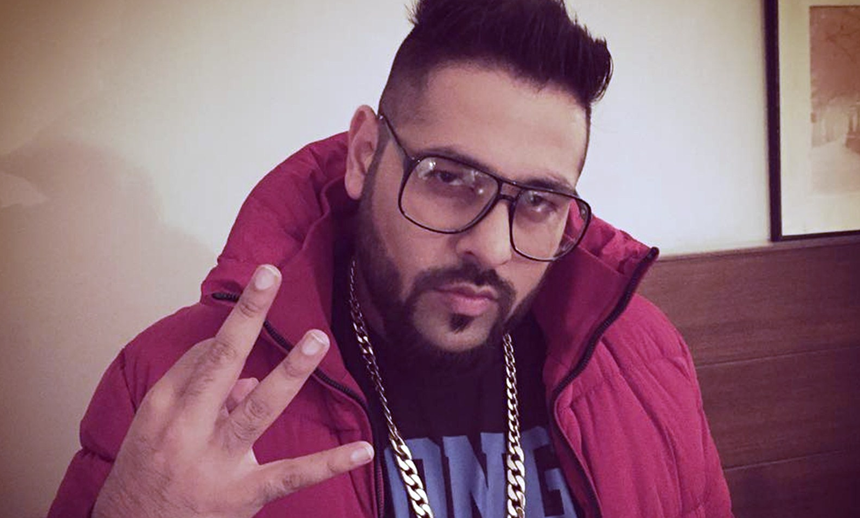 After initial collaborations with YoY o Honey Singh, Diljit Dosanjh and Raftaar, the star performer debuted with “DJ Waley Babu” that ranked number one on the Indian-I tunes chart in the first 24 hours of its release together with crossing an astounding million views on Youtube within 30 hours.

A complete entertainer, he sets the stage on fire drawing applause from the crowd and requests for encore. Badshah incidently has the right choice of car to match his eponymous king like stature and that is the head turner BMW 6 series.

And was this the one which did a broadway like depiction in the epic song "Wakhra Swag"?
No guesses for that!!!

Feelings and affections for the loved one is surely to be elevated to a pedestal as the much acclaimed Bavarian masterpiece, the 640d is set to intrigue you with its matchless and incomparable appeal and X factor quotient that strikes the heart together with making a special place for itself. The grandeur of the name exudes sophistication and class as the BMW 640d Coupe aims to rejuvenate the renowned automotive timeline in a splendid style. Truly an icon in the making!
The perception of flawless beauty comes forth in originality with the striking exterior architecture of the 6 Series.
A heartfelt applause for the inquisitive minds which indeed turned a fantasy into reality! The 6 Series has a unique charm of its own with the well chiseled and sculpted body lines that gives it a distinction hands on compared to its arch rivals. From the graceful and full figured adaptive LED headlights to the extravagant side profile and the flashy rear end, the 6 carries an identity of its own which is sure to make the social circle envious of you. And to keep the series of excitement on is the enticing and futuristic cabin setup of the 640d that is sure to spring up some revelations. Akin to a tech savvy arrangement, the interiors behold a plethora of bells and whistles to keep you mesmerized throughout the day. 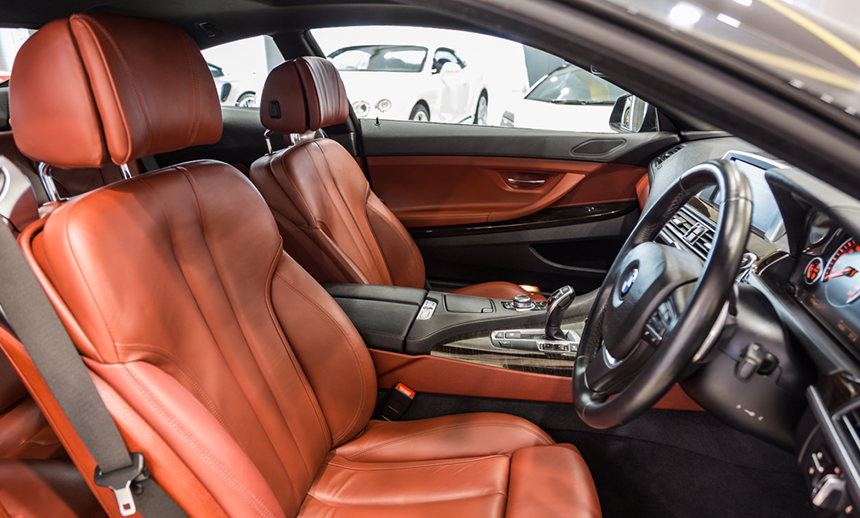 Once inside, you are reminded of the phrase that ‘everything is served on a platter’ courtesy the exhaustive equipment exhibits waiting to acquaint you with their elementary range of capabilities as an extended gracious bene-faction. Thrill awaits you as the might and grunt of the BMW’s diesel motor takes centre stage with its athletic awe inspiring performance. And with the 3litre twin turbo inline six diesel motor under the 640d’s hood, the fun truly knows no bounds.

Forceful, energetic, enthusiastic and eager, the engine develops an astounding 317PS of power and an earth shattering 630Nm of torque which is simply a delight to experience.
Ah! The blistering surge of power will bring a big smile on your face.
Be ready to be pinned back to your seats. 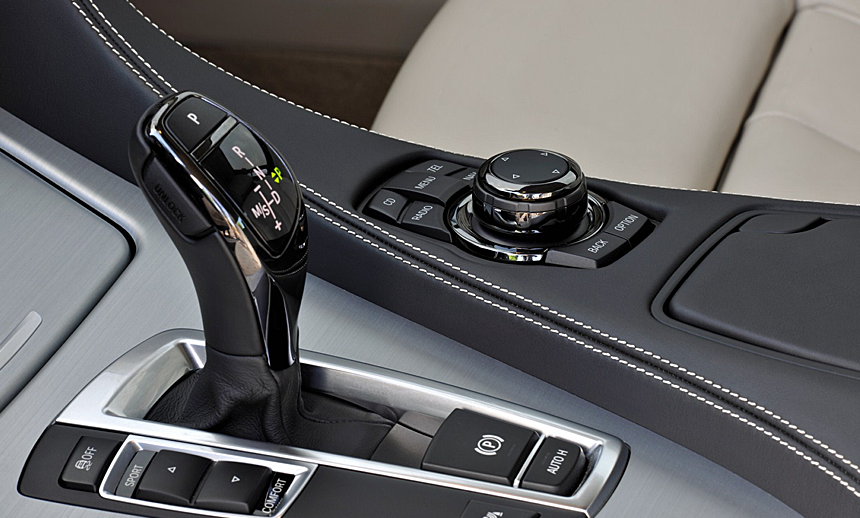 The eight speed steptronic sports transmission further adds to the party with its eager gear shifting and strives to perfectly match your driving style.
No complaints here!

Putting this machine through its paces becomes more enjoyable when one engages in some enthusiastic corner cutting and high speed rides courtesy the 50:50 weight distribution which acts as a catalyst for superb agility and balance.

Add to this the exhilarating feel from the Sport and Sport+ modes (pick of the lot) which are a part of the Driving Experience Control, that surpass all your expectations and make way for a fervent showcase of outright dynamism.
The 640d emancipates the wild and intense character within that is an addendum to your zestful soul.

A transformed character evolves that startles you with its "sensational" and heart stirring acts. 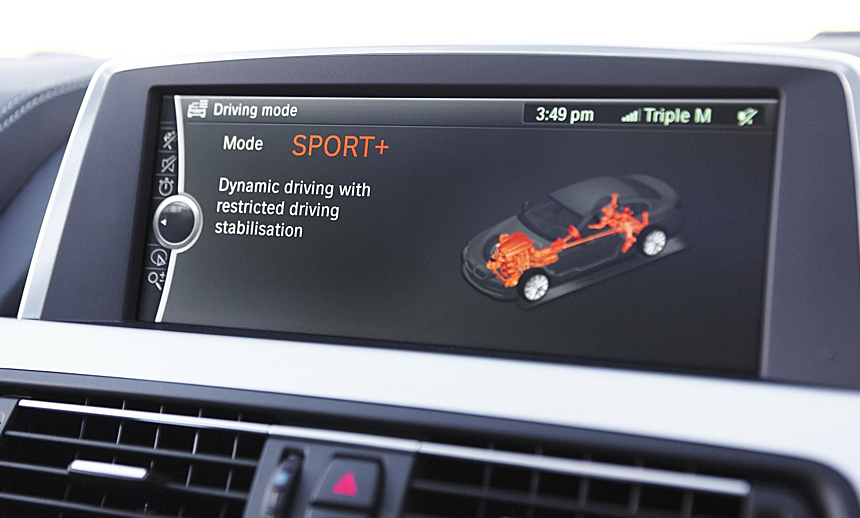 The canny and fastidious Dynamic Damper Control can be crowned as the "ingenious" companion that accurately tweaks the dampers to skillfully adapt to one's desired driving settings.

You will be pleasantly surprised by its over generous nature of doing wonders to your on board experience with this grand tourer.

Take a note of the cozy and contented affair as every small uneven encounter is dealt with sheer diligence and confidence. Reflecting its ever versatile nature, it matches undoubtedly to your electrifying trials with the 640d that quickly becomes a part of the savoring moments list.

The 640d, a perfectionist’s choice is an unblemished example of sportiness, opulence and indulgence that calls for a lifelong ownership experience. 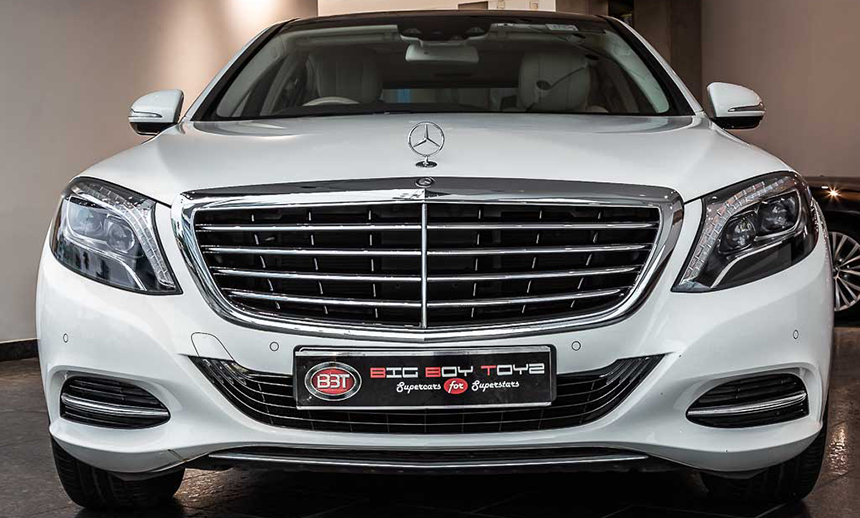 In the stead towards being a full blown acclaimed whiz, relying on the tried and tested finesse of the Mercedes S Class will perfectly be the heightened proposition for the performer who surely doesn't need a second thought to quantify its heap of magnificent deliverables.

Something for the big time tarmac recitations?

Not looking further than the hulking GL Class and Jeep Wrangler that quickly catapult the dazed effect.
And welcoming the entrant from the German house P....
The town's late night sprinter!!! 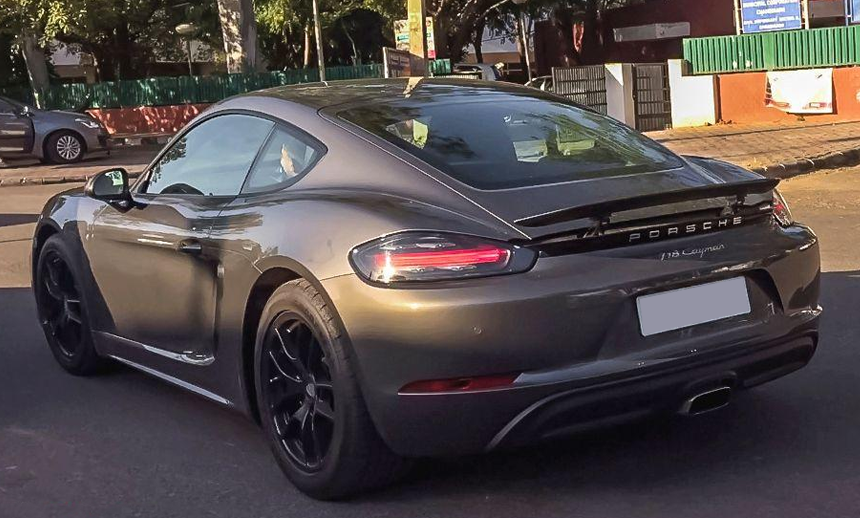 The sporty Porsche 718 Cayman which is a flawless culmination of unprecedented athleticism and extravagance galore.
Boy oh Boy! It does catapult your adrenaline rush with its energetic & spitfire performance and class leading dynamics which should be experienced once in a lifetime.
Kudos to the star!