“Molting the up to now predispositions for a rebirth of the soft spot and penchant particularity, the move to a fetching technological point of view was an inevitable test for our curious quest to be carried forward”. Shifting from the customary ABC and what’s what exploration to an all new delineation of the gospels, the brainy Audi Q7 indeed merits a headliner of all sorts for its strong suits….any doubts!!
And that’s when we took to our figuring selves for a substantial hang up with the new fashioned ideal that already has us “in the mood” even before starting. Cheers!! To generalize the vocalization let us present to you a thought trapping!!

Is it one among the well understood notions for every four ringed perfecto to have a typical come-on follow through courtesy the never ending list of deliverables highlighted with great intent in the brochures?

Well that is one. An emphatic exclamation for the mental analysis that renders the Q7 to unmistakably top the right as a rain consideration list….ah, wait a minute, was that a reflex action on your part….keep guessing! Positive vibes ….rather the familiar feeling reinstated, the handiwork tops the appealing tally when it comes to gratifying the in depth knowledge holders or excelling in fulfilling the customary tick mark record for the layman.
So being at the meritorious apex of redefining the pre followed larval brings out the vestigial self of the Q7 to do it aptly every time for being a game changer! 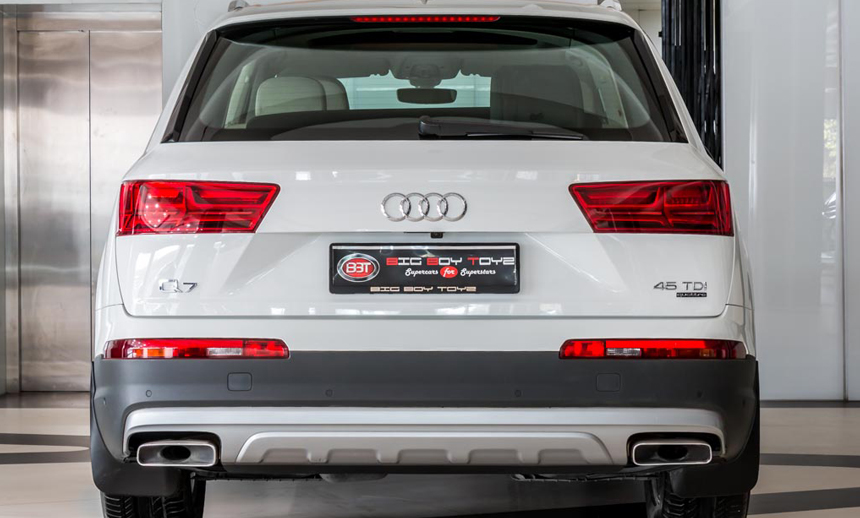 Just when you were thinking of crowning Audi’s exemplar of technology and sophistication a hefty diadem for its stunning doings, relying on the facile facets would really be a no brainer and a duck soup playing the extra supportive part.
Audi has gone ten steps ahead to present to you a tantalizing head turning oeuvre that reaffirms as to why it surges ahead in the fan following domain. That’s been a well- accepted phenomenon since the past. Laudations in abundance for a one of a kind grandiose anchor, the Matrix LED headlights that soon become the latest fashionable chic of the town! The colossal design proportion is an extravagant top heavy wassail to drool upon and the same glorious term gets a heartfelt extension for the meticulous cabin which has been concocted as if to be ahead of its time.

Honors for the willful 3 litre turbocharged diesel motor which speaks a loud 250PS of power and 600 Nm of torque that keeps you ahead of the rest. Give it the beans and frame your own one liner! Acting profusely is the nitty 8 speed Tip-Tronic gearbox that makes a mince -meat to eke out the strong deluge of potency uninterrupted. A positive flea in the ear for Q7’s eager strapping of on road dynamics and capability. That gets a raring go getter spree within you to test it energetically and in the process, one can surely fine tune and improvise on the desired swiftly pace trying outs.

3. The strings of USPs attached to its name!

It says Bollywood, Bollywood and Bollywood!
Because the Q7 has been a preferential prime for the elite and the top notch! And that gives Audi an open invitation to hitch up loads of notable stories and happenings with regard to their explicit ownership experience. 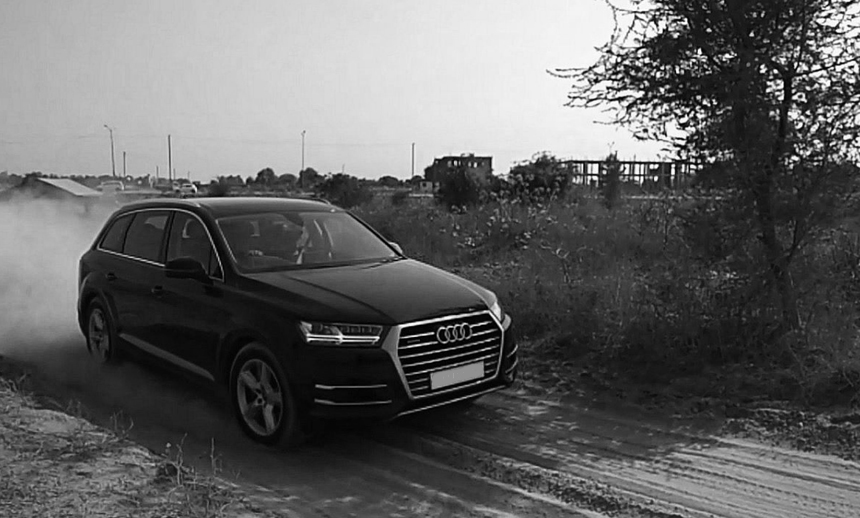 Thinking and thinking, we are musing over another name that gets an automatic public attention whenever an Audi is in discussion and that is the revered Quattro four wheel drive technology! An absolute wow! Have an undeniable control over the tarmac through its steadfast torque distribution along with a daring quotient to win over the negative forebodings…because it is actively working in the background monitoring the closest of ifs and buts. Audi Drive Select was a recent thing of the past to be enjoyed and continues to be the same with this swanky edition. So you can get a hand on the different character essentials of the Q7…yes and that’s not a herculean task. The Multi Media Interface keeps getting better and better and makes you wonder as of it was the prescribed benchmark for others to follow suit. Audi is known to take first innovative steps.

Intuitive, communicative and on the ball, it now incorporates the touch function to make you in sync with the 21st century practices. Taking a mega leap ahead which garners a red carpet arrival is Audi’s out of the box virtual cockpit. Didn’t get it! We are talking about the new age instrument cluster that becomes an affirmative case in the point of Audi’s revelation tactics going robust and in fine fettle.
So the Q7 perfectly justifies it’s never ending manifestations of USPs coming out in abundance. 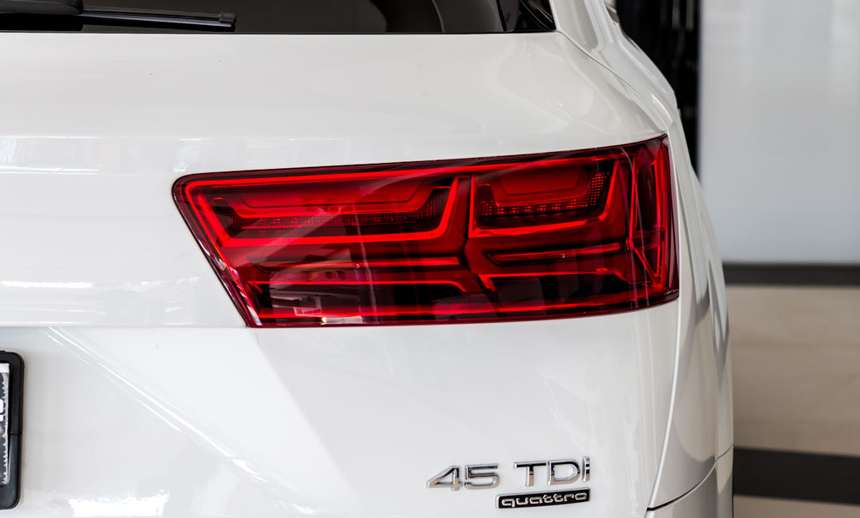 What we feel honestly and intently is that Audi is no mood to get into the typical slogan war fares……and the sharp as a tack heads back home in Germany are simply working on getting the Q7 up on another pedestal considering its stupendous and unthinkable streak of breakthroughs. You’ve wished for it desirously and the folks at Audi have an answer!

The new-fangled Q7 appears a lot more than what the tempting price tag has to say. Of course, it lays the grounds for a rocklike affiliation for the trendsetter in action. With loads and loads of fascinating oysters adding extra feathers to its cap, the beastly Audi always enables you to have an upper hand in terms of drawing the bragging rights to yourself. Withstanding on its world beating former times, the gigantic Q7 has in store a tremendous “surpass the expectation” wherewithal that doesn’t leave you in a rethinking mode.
Surely not!!!