“Eulogizing & thinking highly of the prize winning and blue ribbon specimens from the revered Englishmen was perhaps one of our idiosyncratic traits of believing in the “cut and dried” point of views….and surely we look to take it forward this time.”
To begin with!!!
The starters….. Marvels have an acclaimed reputation of leaving one in the state of books along with having the grand honors for a rerun citation from the chronicle of events and memoirs…….!!!

Well we have gone a bit historical!

That's because of the miraculous and out of the box streak of the British to make an inspiring string of triumphant milestones which is a “fair & square” and undisguised essence of their daily grinds. 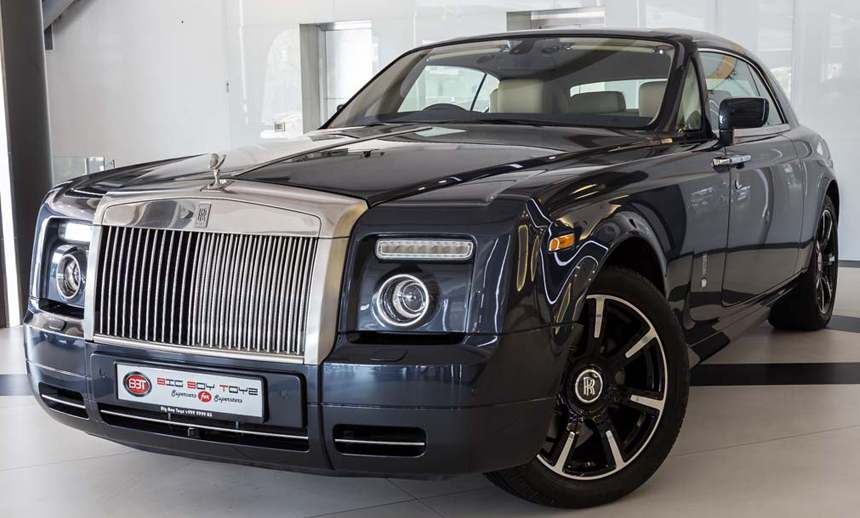 Praising the adept and masterly stalwart skills of the “gifted talents” from Goodwood, United Kingdom will inevitably have the recognition of worth because…….because the colossal and elephantine
“sophisticated” case in point known as the Phantom is sure to get a hearty snowball and burgeon share of extolments in its dazzling and flashy coupe lineament when it sails without a hitch on the scenic boulevards. 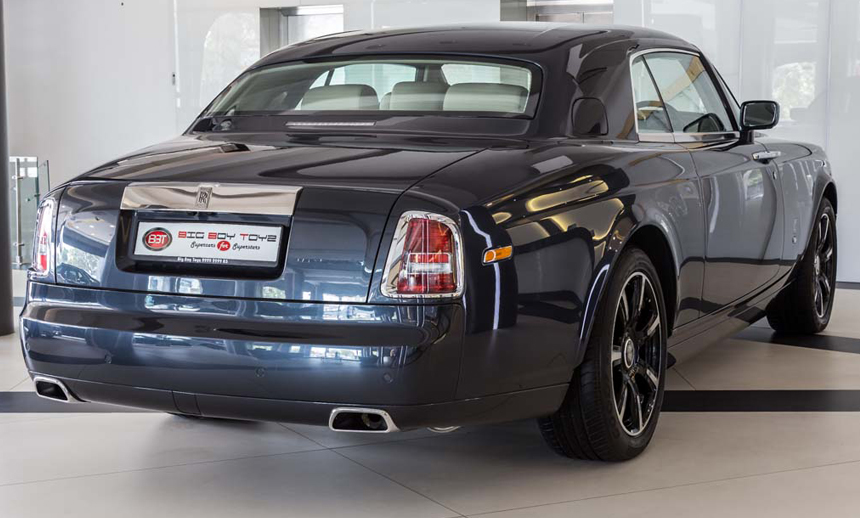 While the extended wheelbase exceptional was a marvelous manifestation to keep going with the “frills and exorbitance” badge, the coupe specimen came across as an unusual “kind of a thing” that merited the same thoughtfulness and attention for a worthwhile and lucrative inclusion in the handpicked list. As if Rolls Royce wanted to pamper you with its new talk of the town that looks the sort for casting an unbelievable shade of fascination for the heavenly saunters done in a cosmopolitan style that reflects the Phantom’s….hmm, yes the worldly wise demeanor! There’s a cocksure element of aristocracy and stateliness oozing in abundance from the noble genesis and surely the inventors need a genial felicitation for keeping their oeuvre away from the run of the mill conceptions like “loosing it’s charm”…and that’s when the unwavering philosophy of building the finest machines gets through to one’s head.
“Pleasure in the job puts perfection in the work”. The mesmerizing tale has an extension to the Phantom’s splendorous interiors that at the very first instance gives the feeling that you and the designers indeed have the same wavelengths and see eye to eye.

Even a host of good words and accolades fall short of exemplifying the bespoke interior trim, which brings forth the true blue and steadfast dexterity that in fact has a lot going for it. Adding to the ethereal emotion are the nifty reverse opening power closing doors (ah! let the Rolls do the last bits for you) and the assuring and revitalizing full toned sound from the standout speakers that’ll be in perfect synchrony with a statured masterpiece like the Phantom for doing over the top laurels. Fostering the big numbers ideology is a monstrous and gargantuan 6.75L V12 petrol motor churning an on the dot 460PS of power. Sounds impressive! Save these technical cardinals for a commit to the memory practice for future revisits!!!! There’s a perceptible effortless earmark which renders the Phantom to be an upper crust and courteous citizen for the initial starters….and …and do not forget to keep an eye on the speedometer as you may be caught unawares on the courteous motilities.
Wish to up the ante?
Why not!

You are most welcome to dial the sport mode which evokes a whopping metamorphosis along with championing a whale of vigor and potentiality to hurry the progress ahead. The tactile steering is a breeze to maneuver while the six speed transmission assumes the role of a sincere on the job hair trigger.
And reading this, you’ll wonder whether to send your dapper chauffeur on a long holidaying trip!!
"It handles nimbly across corners with an almost negligible body roll", well keep it reserved to your cherished supercar in the exotic garage as one certainly won't be involved in fancy happenings of pronto stuffs with this ethereal creation on the move..

And self -satisfaction of course has to be relished the RR way!
The major league adaptive suspension has a sharp edged eye to wander off the “can of worms” and indeed presents to you the true milk and honey of a fanciful paradise when the Phantom expertly glides over the bothersome specks of the tarmac. The Rolls a gratifying machine for sure and emanates an atypical fashionable chic, presently which can be revelled in at Big Boy Toyz.
Oh! You don’t need to look further than this.