“Quaffing the traits of a perfectionist, it handsomely presents an apple pie order exemplification and carries the unusual semblance that puts the heads scratching for a reconsideration of the much thought off and well planned top drawer contenders.”
An invention of a lifetime that has certainly been chronicled with great reverence in the highlighting notes of the Automotive Industry.

And what better than Porsche, who is at the forefront of every creativity that very well parade wares its “breaking new grounds” practices with affirmation.
To begin with!

The aristocrats and the well- bred can certainly boost up their liking for an altered taste of genteel and good mannered four door saloon from the masterminds of Stuttgart who have named it as the Panamera that can double up too as a hair trigger machine for a heartfelt appetizer of the renowned P mannerisms in the making.
Questions and putting the screws to! No, no!
The Panamera’s mere appearance just tempts us to dwell into some of our owned framed elements to consider as to how unassumingly it takes the crown of being “in the lead” with no strings attached. To be very honest yes! Because it feels so special and extraordinary on the very first glimpse emphatically! A broad hint from our side on the Panamera being a champion of the looker’s label! It’s wide and eye catchy proportions will of course be the object of envy for the other possessions in the famed exotic garage and that being a harbinger for the extra good things aplomb. The functional interiors have a lot to contribute to the ecstatic state of surprises every second. It is adept at the ‘turning one’s head’ phenomena and more so sways you with its “over the top bells and whistles” that gets the wows with a jillion of ovations and you won’t mind going through the entire list of optional electives because Porsche wants you to make the beloved saloon a ‘singular person’ kind of a thing; meaning only yours.

It’s got every scintilla of extravagance and froufrou that further adds a garnishing touch to the flavorful affair, the Porsche way! Being in one’s good books was always Porsche’s methodology to secure the one in a million ‘highly valued’ paradigms since ages. It goes a level above with the zesty Panamera that exudes those “out of the ordinary” vibes indeed proficiently and presents its proposition as a lifelong mate exceedingly well! It even gets a handsome one up on the selective and straight laced choice takers also. (Focus on its brass tracks and nitty gritty to come to this conclusion)
What it does best is to waiver off those fault finding tendencies that often seem to be the stumbling blocks and indeed the Panamera has a dexterous knack of winning you over with its one after one unconventional streaks. Getting a reserved top priority status in the list of everyday doings! No denying that, because the Porsche mentioned here has a positive series of stupefying chain reactions once you put the mighty 3 Litre V6 diesel motor to its full stride.
Ah! You’ll be in your jovial state raving over its technical specifications which spotlights the arithmetic figures of a handsome 250hp and 550 Nm of torque that makes much for a full blown involving episode. In a bid to narrate your joyous adventure, give us the privilege of adding another catalytic agent termed as the 8 speed tiptronic S which works wholeheartedly and garners the sequel of applauses. Precise and explicit shifting is its main forte and moreover getting a sensational hang of it via the paddles behind the steering follows at the blink of an eye!

Pretty understandable because it’s a Porsche! 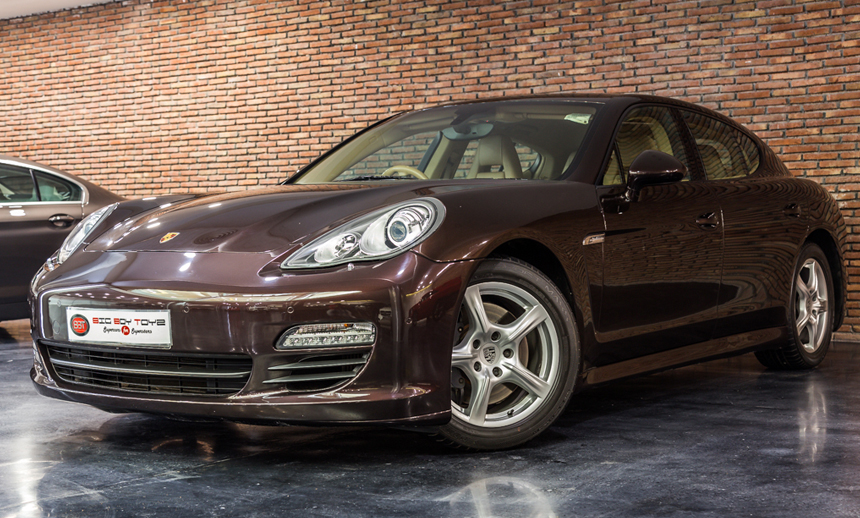 The good boy traits of the Panamera certainly show up when it engulfs itself in a “bigger than life” demonstration of its exceptional handling abilities and corner cutting heroics. No doubting that as the four door saloon quickly negates the bundle of nerves while exhibiting its hereditary genetics to the core. Add one more to the list and that being the notable mile munching skills for the fantasized weekend trips and leisure travels.

Deep in the heart, there’s a wish to see the energetic example doing something ‘out of the ordinary’!
We know!
It comes from reading the above paragraph only.
So what’s in here! A feast to relish upon, the Stuttgart machine promulgates the awe inspiring temperament as the SPORT button takes charge for a lickety split and blue streak spectacle. The Panamera’s fruition of cliff hanging performances at regular intervals transcends it to the apex of the hankering joyrides truly.
This one needs a centre stage mentioning actually!!!

Porsche’s generosity aimed at safeguarding your thrills comes in the form of a clever stability management function which does a wide variety of judgements and estimations on the move to keep you on track thereby nullifying the deterring ‘fly in the ointment’, untoward situations.

Part of the evoked set and bang for the buck! Why not!
Treat the sporty looking game changer as a benchmark with all sincerity.
Because from the very first instance, it supersedes the expectations commendably and comes across as a stalwart for the fine pickers!
Ah! You can leave alone the competition for a second….as the Panamera has more than enough to justify its eminent sole individuality case that doesn’t let you go to the levels of tick markings and crosses for every parameter.

Imbibing a flawless fusion of practicality and dynamism together with a full- fledged ergonomic setup on the inside is a portrayal of the fact that Porsche builds some of the finest cars of the world.
Then enters the ecstatic diesel motor which promises both frugality and spine tingling numbers! 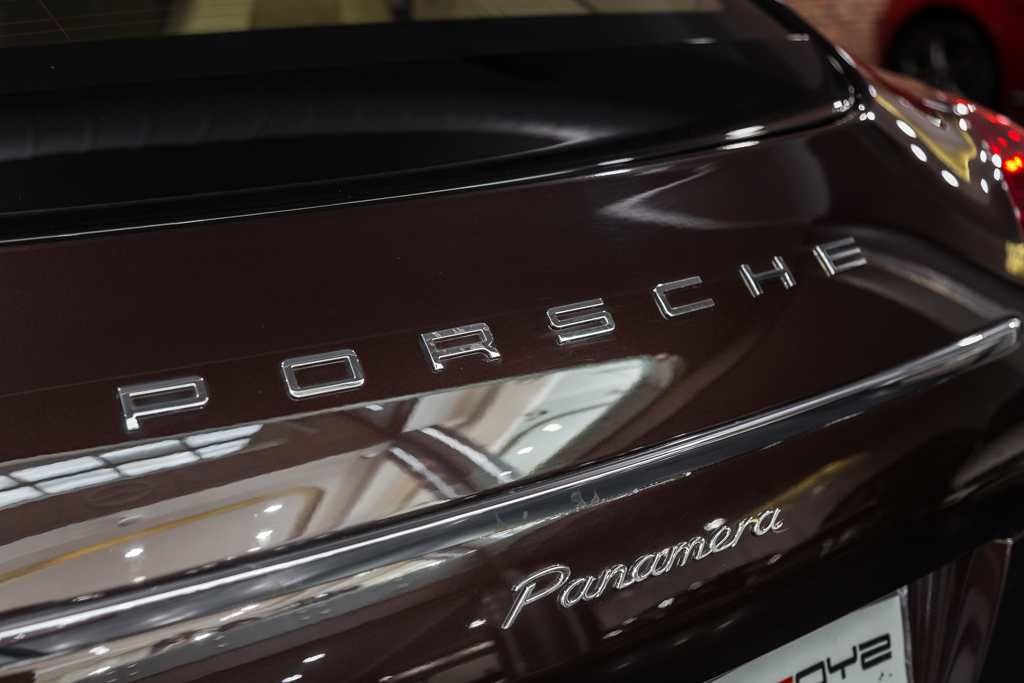 Do Driving Dynamics need a revisit again?
Towards the finishing, we would like to say that you can’t help but be lost in the glorious charm of the Panamera which seems like a gift from the almighty and unfalteringly remains ten steps ahead in quickly getting a green signal nod for yet another successful ownership tryst.