“Visualizing the ‘something else’ able bodied originals perhaps gave a strong thrust to our writing proprietary rights in all honors along with the grown up sycophancies of the introductory lines…….”

Yep! So calling it a morale booster isn’t really out of the picture! It is just another good fortune to showcase the indispensable whiz of elucidations on a piece of paper! Have we gone too far?
Oh! Wait a minute! From where did we start? 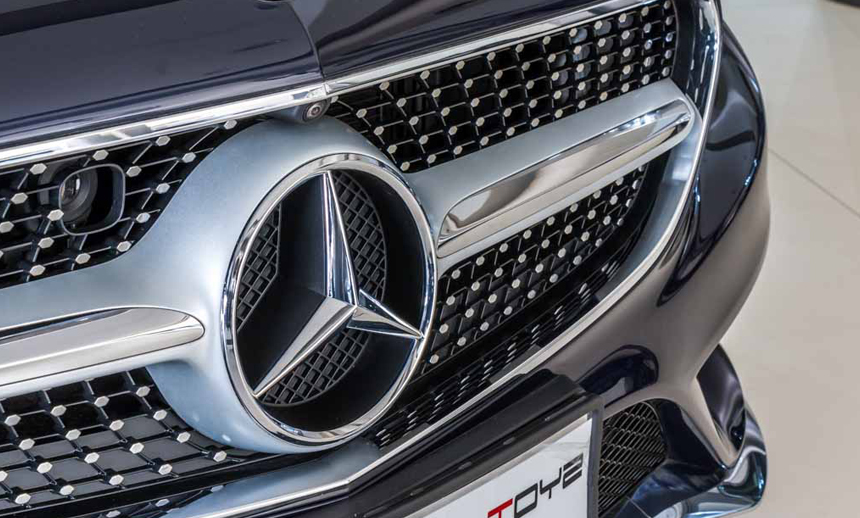 Taking forward the peculiar proceeding that adored us with extra knowledge scholarliness (yes, the automotive trait!) is a fair and square coupling between flamboyance and urbanity from Stuttgart known as the Mercedes Benz S 500 Coupe.
Oh! Have the all- knowing supreme perceivers graced the revered daily grinder S Class with a new embodiment which again calls the bells for “Oh Lord, won’t you buy me a Mercedes Benz”!

We aren’t stopping one bit as the saga continues on our end!
You know our latest “monomania” pattern of descriptions, isn’t it.
Love at first sight! 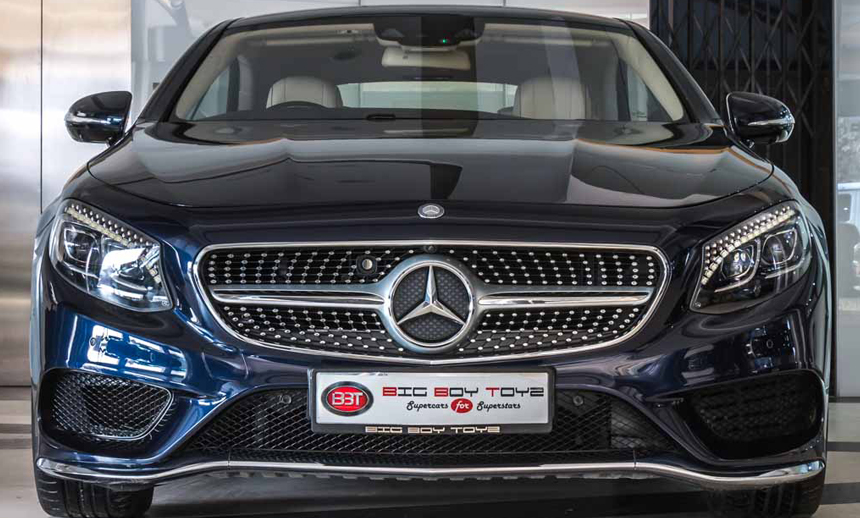 Your wishing spending expeditions of feasting the eyes on a splendidly genesis…..we guess stands tall and high spirited as the S 500 Coupe won’t really give you a chance to look elsewhere or scratch heads when it comes to riding high on its in character prominence.
Another skillful repetition of the matter of course yardstick laying praxis in store for Mercedes Benz! 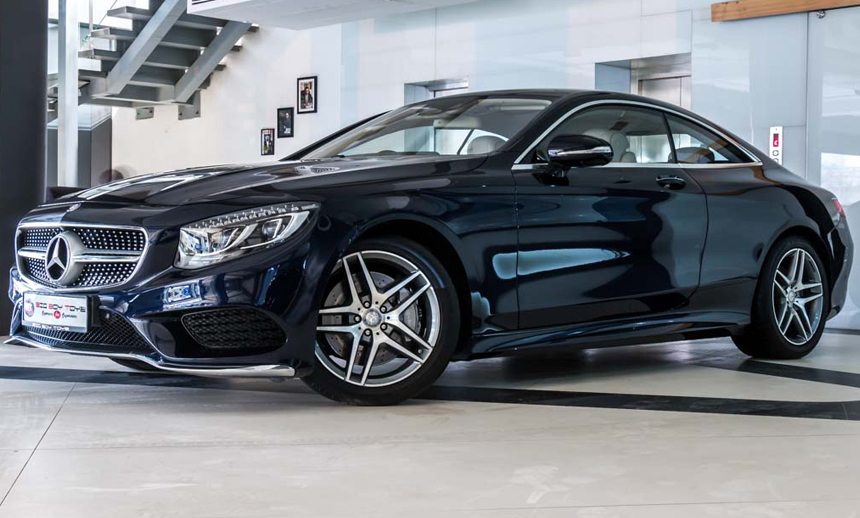 That first visual glance of its irresistible head turning silhouette will remind you of that unwavering ogling dug in….that indeed played the starters for a perennial alliance. Turning one’s attention to of course, the clean cut and…attractive Swarovski crystals in the headlights up front that achieve the note-perfect tag of an in thing good looker for the star gazers!
The coupe leaves behind an influencing soothsaying with its fab side profile, which isn’t one among the routine doings for sure.
And it has the attention hooked for good with a “run after” indicative rear end that’ll do exceptionally well for a touchy-feely telling.

The chronicle’s not over yet!
Off the beaten track! First things first, it highlights the big as a life and revealing innovation in the settling on mannerisms of yours. Proud of that, aren’t you! You ached for the S longingly and intently with a bid to identify yourself as one of the few elderly patricians of the town.
Reserve those feelings for the sleek and sophisticated sedan rendition because the coupe would certainly make you feel youthful and full of life on every count. Not to forget it portrays one’s out of the box dry run attempts to justify the poles a part theory in totality. The welcoming gestures from a tiptoeing get along (in general) now take an acme tread as the never ending ontologies of Mercedes Benz to “give a lift to your stay within” makes for sparked flashbacks.
Have they carried the breakthrough originative samplings from the flagship to the flashy coupe in loads for a suitable recitation of the inventions! Indeed Yes! And have tuned it a level above to meet the prize winning criteria for an all- round felicitation.
For starters, the exclusive Nappa leather seats will have a two ton stupefied effect inviting moonstruck reactions. Something more! Hankering on for the massage! Yes it is there.

The silver lining wave maker is the Designo inscription that sort of reaffirms the ideology of three pointed star’s committed acts to up the selfhood and individuality impression.
A look at the garnished dashboard will make you feel in sync with the conventional S…but again this being a gingerbread coupe has to possess those unexampled bells and whistles that’ll do justice to its solitary eminence. So Mercedes has been magnanimous with a hefty dose of carbon fiber that merits a second look and one wouldn’t go fact-finding on the meeting expectations phenomena for the large two part TFT display that simply is an up to date creativity.
What’s more! No doubting that the Burmester sound system with its royal baronial tune will prolong your emphatic stay within no end. Because it is simply unmatched!
The 360 degree camera view isn’t among one that will put you in an apprehensive and ruffled state of looking out again and again.
While the nifty Heads Up Display will make the driving engagement more fruitful, Mercedes would certainly like you to be acquainted with its out of the box safety aid….the Night View Assist Plus which is a proactive worker to identify pedestrians using infrared LED spotlights and thermal imaging camera together with suitably portraying their image on the instrument cluster. Ah! So you can definitely boast about a tech marvel feature that readies you well in advance to avoid any mishaps. That’s Merc bread and butter to constantly innovate and tick the right boxes for a go through contrivance.

Getting in the stride for a fast lane performer and an automotive make- out artist conforming to an unrestrained hypersonic presto!
The S 500 Coupe will fulfill the speedball snappy exploits willingly with its large 4.7 V8 bi-turbo petrol heart that boasts of a high sounding 460PS of max power and 700Nm of torque for the gushy performer heads.

Pleasure seeking indulgence will be at its peak with the go getter 7 G-Tronic…..oops ….the dynamo 9 G-Tronic gearbox that feels an allegiant abider with its well versed ratios for a streaky let out.
The Sports mode is a fierce ball game for the yearning quick expeditions and the coupe does a grandstand conquest of the corner feats. The AIRMATIC’s a legend with a deluge of “in the works” on the suspension front.
That’s one whole lot of a different experiential tryst.
The S 500 Coupe manages to supersede the high flying expectations of a stellar show with its gusty depiction of a raging implementer for re writing the records. The more said about it, the less it is!
One of the most tantalizing creations of all time that will hold a pivotal zenith position on your cherished dream list from now on! Certainly the shiny three pointed star is starting to feel all the more special.