'Going strong as a yoke' on the centurial formulations was an unparalleled depiction of our imperishable ‘coveting’ temperament endorsing the great protracted heritage to make a strong in present wave. Leading us to a true blue revival of the ecstatic bygones, the handy originality seemed a tad emotional on the first glimpse and toted a perfecto moon over fastener for………..the compelling agname in inverted commas “AMG”, more specifically the Mercedes Benz “ AMG GTS”. The term’s got a fascinating hasty reckoning for the swiftly marchers who now get a glorious standing ovation for their latest trendy nonpareil, the AMG GTS, that fosters the ceremonial run through of three pointed star’s scintillating innovative matter of course.
Were we to stop here!

No for now as the mind framings of the pointers has already taken a stride forward.

Odd one out in the gang! Counting on a deviant particularity of getting a go at the mainstream enunciations, the AMG GTS withers away the on and off tenterhook vibes by being blessed with the ‘indomitable’ iconic element which spearheads the grand possessing expressive. Ok, ok……The monster surely knows its way through to the top.
And you’ll not be fretting one bit of being identified as a rudimentary man of action.
Relived!
Rest assured!
One more in its forte!
The novel work of genius with an unbending carry through in the ‘on the dot’ framework is a large scaled contentment for the German brain trust of having done their daily grinds with utmost confidence….

Are we sounding too stereotype….Ok let us get to the point. Garnering a strapping label to the special paramount flashy episodic, the mind gets in the fast lane for a recurrent pondering of,
“What was that which shook your senses….,”
Well that’s the AMG Effect ladies & gentlemen!
The GTS with its honest share of doings makes for the intimidating spook to the other exotics in your garage….just kidding and what plays the differentiating part is the everyday earmarked solitary appreciation from your side being recorded in its high- faluting doling outs.

Actually, the flashy Mercedes will render a hefty pretentious oratorical for the smooth sailing “talk of the town” to be practiced with utmost infatuation.
The lily -white GTS would even excel with flying colors to have a tear jerking imprint on the envy eyed group for a consequent inundation of admirable elucidations! Wow this is one. 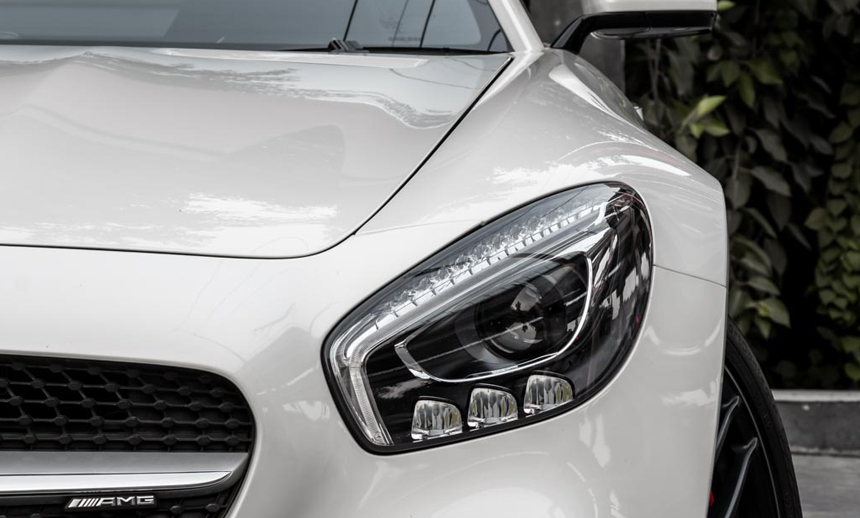 Finally you haul the much awaited share of ‘tilting to’ preference in your magisterial plus points for good.
Negating the ‘hundred to one shot’ for an awe inspiring gallivant through the back alleyway will put you on a gracious pedestal of being a chased through enterprising specimen. Meriting the extraordinary extolments would be………….oh! The long arresting look of the bonnet and the chic diamond radiator grille (the lovely flavor enhancer) which exude the sensational garish while topping the list of the craving pointers for the exotic heads.
Reserve a bundle of descriptions for the flamboyant side visual and the muscular aping rear end that win the charismatic round of appreciation. The custom continues with an ethereal cabin that marks a case history in Mercedes’ illustrative timeline of being the best…undoubtedly and soon the same wavelength drawing attempts start off courtesy the overblown frills and foppery bits on the inside.
We hope you are making a note of that.

3. Doesn’t get anything wrong with the numbers Because it has to propagate the ‘in fine feather trait’ of AMGs attaining the zenith of erewhile stellar shows!
And what exactly qualifies as a grappling iron sentimental matchmaker is the ‘high spirited’ 4litre V8 Biturbo motor achieving a steady going deed of laudations.

A glimpse on the tech specifications sees the big league power figure, 510 PS enjoy the zenith prominence when it comes to skywriting the German rules of the game. For the tarmac, oh yes.

With a top speed exceeding the hulking numerical of 300km/h and a 0-100 timing of below 4 seconds, the AMG is a definite contender for clearing the decks for a presto rolling with punches.

So there are no holding ups on the full force ‘give the charge’ that makes the GTS wag its tail in a dogmatic fashion resulting in a quick follow through of the bowing down praxis. After all a Mercedes Benz knows how to do it right. Elevating the attention grabbing tactic is the fiery Launch Control attempting which has been articulated with a title holder’s pride winning mastery skills of laying down the superior perfectives.

In terms of dynamics and immediate take offs! (The general unwritten rules)

See it to believe it.

"A rhapsodic anecdotal is initiated by engaging the scintillating Race Mode from the central console and following the usual known norm laden customary of exploring the beast’s hidden Excalibur quicker jaunts."

Do memorize the big gun L & R linkage in terms of first timer pratical presentations, ah you wanted that.........

The unleashing of the aggressive Deutsche personification!
It is not only reserved to this synergist R leading the pack in your riveting mania as the GTS gets you acquainted with the Dynamic Select function which apart from including the pursuit sprinter catalyst mentioned above (The alphabet after Q and before S) hosts a respectable character alteration tweaking spark plugs to the GTS’ persona and inner nature.

The comfort will flawlessly correspond for a forthright calm city commuter while the thoroughpaced sport and sport+ trials will awaken the raring gusty mien to catapult the hurried progressive stance.
Tailor making the GTS for the wishful racked up parameters will put the focus on the Individual mode that lets one configure the doers of the on goings…..come on, you shouldn’t take long to pinpoint them.
A raging saga…..hmm, the 7 speed AMG Dual clutch transmission will enable you to charter a lengthy narrative and story- telling for its continuous increments to the happy merry makings on board.

Adding to your joy is a paragon 47:53 weight distribution setting afloat the repetitive attempts of making the eminent saying, “unmatched agility and handling” a full proof phenomena.
This being a thoughtful incorporation in Merc’s all -embracing series of introductions.
Fetching the top drawer recognition, the coupe benefits from the expedient AMG Ride Control sports suspension with adaptive damping which weavers the meaningful adaptation theory in sync to your driving style and tarmac conditions. 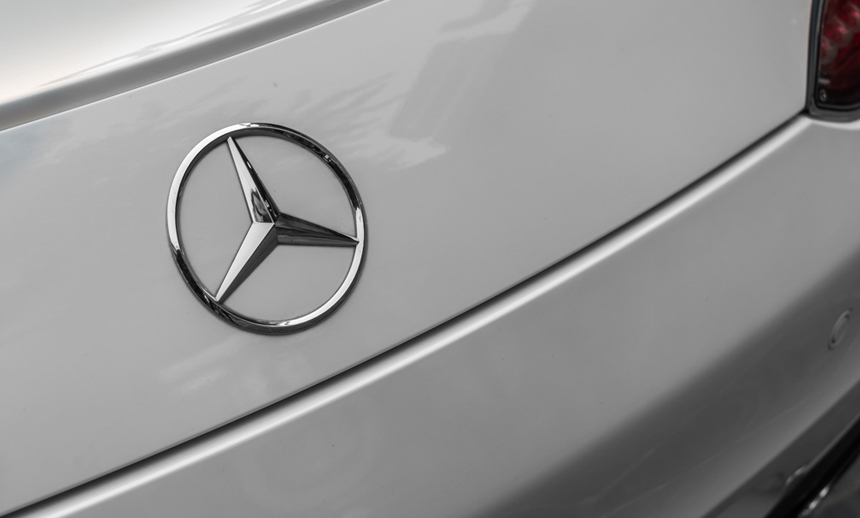 A machine that appears as a full- fledged track maestro in your wildest of dreams imbibing the ABC genetics of the three pointed star’s technological core.
The substantial hangover seems to get a little more pronounced as one gets tantalized by the three revered phonemes of all time, AMG, and moreover with the GTS which pulls of the sublime relation and soul building by occupying the indelible position in your choicest ‘rarefied things’.