Do You Know That Adolf Hitler Was an Ardent Fan of Mercedes? Know More

“THE BEST OR NOTHING”

Changing the history of the automobile industry forever, Karl Benz – the father of the most favorable brand, Mercedes-Benz – introduced the first ever gasoline powered car in 1886 and since then the brand hasn’t looked back. Claiming many firsts in the automotive industry, Mercedes-Benz has now been more than 130 years of age and is like an old wine – the older the better. And like it is said – every legend has a history of its own – so do Mercedes-Benz. The biography of the marque has many facts that most of us might be unaware of. So let’s take a dig at some of the unheard truths about Mercedes-Benz that may force you to respect the player all the more. The year was 1886 when Karl Benz unveiled the first gasoline-powered car under the Benz-Patent Motorwagen (being the first car to receive a patent). Unlike the cars we see today, it was a three-wheeled vehicle made by using wooden panels, steel tube frame and a small gas-powered motor. The engine churned out mere 2/3HP, which is much lesser than the power of a real horse. Back in 1936, Mercedes-Benz created another milestone by introducing the 260D – the first diesel engine passenger car. Coded as Mercedes-Benz W 138, this first diesel motor vehicle was first showcased at the Berlin Motor Show in February 1936. It is presumed that the cost of 260D at that time was somewhere around the current cost of Mercedes-Benz E-Class. We all would agree that there exists a difference between a handmade thing and a machine-made one. Though many of us would prefer a machine assembled car over a handmade one, one cannot deny the perfection and finish in the latter one. This is why, each of the Mercedes-Benz 500E ever came into existence from 1990 to 1994 was hand built and it took almost 18 days to complete each model. Do you know who used to hand built the 500E? PORSCHE!

Perfection has always been the motto of Mercedes-Benz and probably this is the reason why the marque uses lesser amount of nuts and bolts for each of its vehicle. According to the Stuttgart factory centre, the complete body of Mercedes-Benz is welded in 10,000 places, which means minimal usage of bolts and reduced chances of wear and tear on the car. It is believed that this step would increase the road life of the vehicle. We all are well aware about the fact that the Mercedes-Benz SLS AMG supercar has Gullwing doors hinged on the roof. And you will be surprised to know that Mercedes-Benz SLS AMG is made up of 5,861 parts. But what is more fascinating is the fact that out of these parts, two are explosive capsules that help in bombing out the side doors in case the vehicle flips, so that the passengers can exit from the vehicle safely. 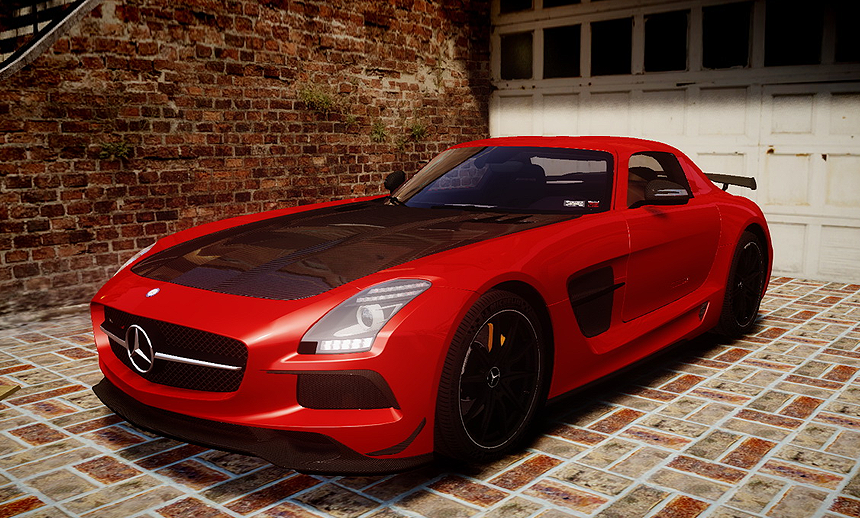 Each of the Mercedes-Benz models is first drowned in a 52 ton primer followed by four coats. Two consecutive coats have hand polish between them. The final coat is done using a salt-resistant material and the coat is applied by hand only. Mercedes-Benz Fintail, which came in the year 1959, was the first car to have crumple zone technology. It is the technology that helps in lessening the fatality of car accidents as the front end absorbs a certain amount of energy impact, thus reducing the threat to the life of the passengers. The credit for creating Benz-Patent Motorwagen was not on the shoulders of Karl Benz alone as his wife, Bertha Benz, holds equal amount of appreciation, for she financed the complete project and was in charge of the marketing area. Taking the legacy forward, she along with her two sons – Richard and Eugen – went out in the first gasoline powered car from Mannheim to Pforzheim. This was known to be the first road trip of the world. The above image is of Bertha and Karl roaming in the 1984 Benz Victoria Model, which is the follow-up vehicle of the Patent Wagon.

History Behind the Name

Many of us are unaware about the truth behind the name Mercedes-Benz. Earlier known as Daimler-Benz, the company changed its name to Mercedes-Benz, where Mercedes was the name of a racing driver’s daughter. Yes, it’s true (as the sources say)! The racing driver was also a renowned businessman in the late 1800s and was a loyal customer of Daimler-Motoren-Gesellschaft – the company that merged with Benz & Co.Rheinische Gasmotoren-Fabrik to give birth to Daimler-Benz. 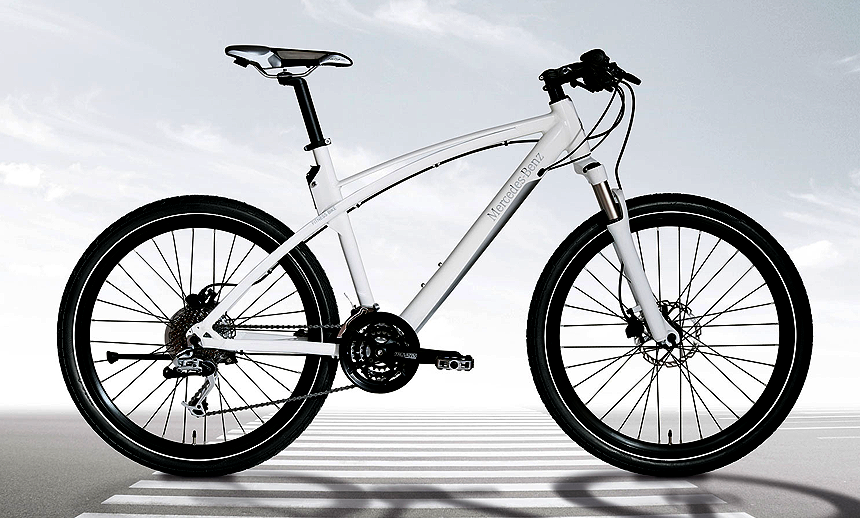 To cope up with the World War I impact on the economy, the Stuttgart-based carmaker decided to diversify the business. The Mercedes-Benz bicycle came in 1993 was the outcome of the diversification.

No, it doesn’t have to do anything with what we had seen in the Italian racecars happened before 1960s, where it was necessary for every Italian car to be red. The reason behind it was something different and quite interesting too. When Mercedes-Benz W25 racecar participated in the 1934 Nürburgring, the engineers found out that the weight of the car was 1kg extra than the required one. To meet the regulations, the company scraped off the white paint. Call it the magic or luck or science, the car won its first race by setting a new track record.

Adolf Hitler was Fond of Mercedes-Benz You will be shocked to know that the newly appointed Chancellor or that time, the very infamous Adolf Hitler, and his Nazi Party funded the entire program of W25 racecars. The idea behind it was to display the technological prowess of the German carmakers. Keeping this fact aside, sources also claim that Adolf Hitler himself was an ardent fan of Mercedes-Benz road cars. He used Mercedes-Benz 770 as his official transport  that had a bulletproof windshield. Autonomous cars might came into limelight off-late with many carmakers trying their luck in the field, the one of the oldest marques, Mercedes-Benz, started working on the project almost 25 years ago. With the fund of €800 million from European Union, Mercedes-Benz came out with an autonomous S-Class that covered a journey from Munich, Germany to Copenhagen, Denmark itself in the year 1995.

Also, Mercedes-Benz has recently introduced an autonomous Future Truck 2025, using the same technology it had used in the year 1995 in the self-driving S-Class. With many smart technologies and features, the Future Truck 2025 is smarter than any of the existing vehicles. The stage is all set, have a look:

3-Pointed Star Logo Was Supposed to Be 4-Pointed 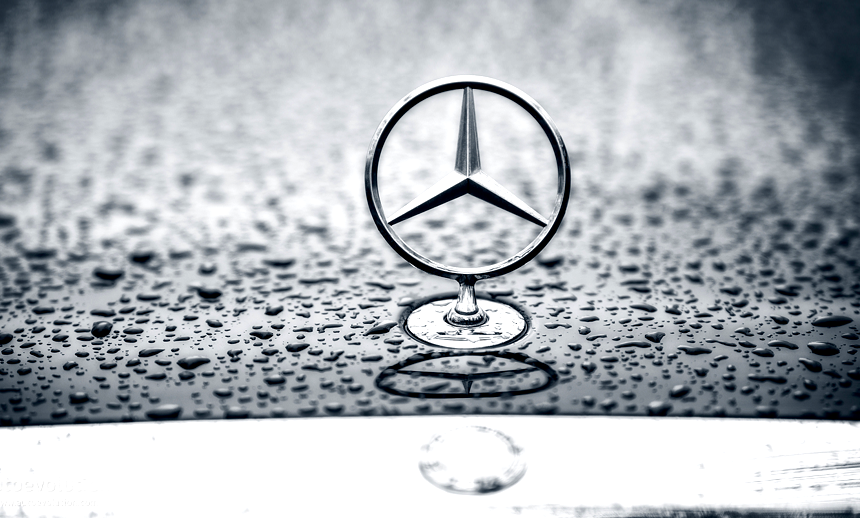 As it is known to many of us that the three points of the Mercedes-Benz logo signifies – mobility on land, water and in the air – but what we actually don’t know that this 3-pointed star logo was almost a 4-pointed star badge where the 4th point was to represent space.