Venerating the pedestal analogous iconic discoveries was an in thing for our ‘crazy over’ automotive social graces, which certainly made us a step closer to the stage shower of exemplary undertakings hailing from Germany……
Pinpointing, pinpointing…..Bavaria!
Seems interesting! 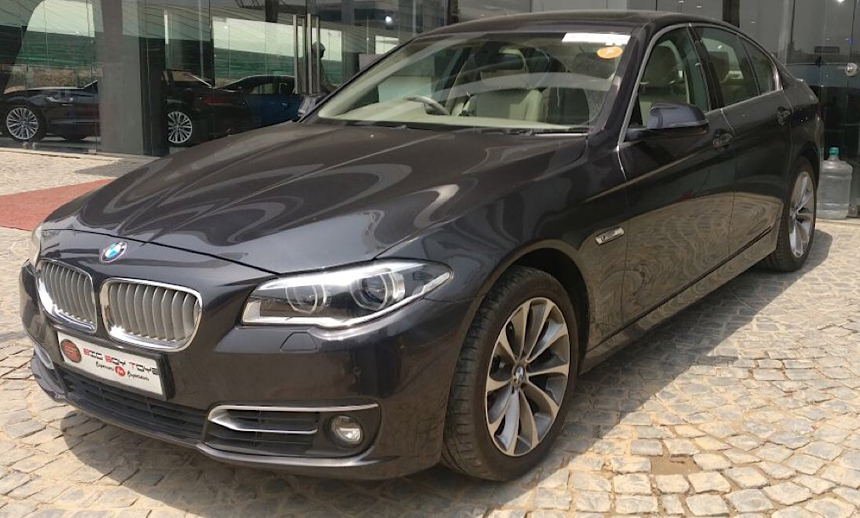 Do the sharp as a tack heads at Munich have a long lived tendency to outclass their neighbors by figuring out the propelled game changer of all sorts that has an Excalibur feat of scores to accord it the protagonist pseudonym!
We think they do.
Their legendary genre of bringing about takes a full volume stance when the generous featuring of the trendy 5 series gets home the cheered crowd pleasing rage for a worthwhile consideration.
And we aren’t stopping one bit to go close knit with the mighty sedan which is in line to secure a deluge of acclamations as it graces the inventory of Big Boy Toyz!

What’s that ecstatic “something in the air”? 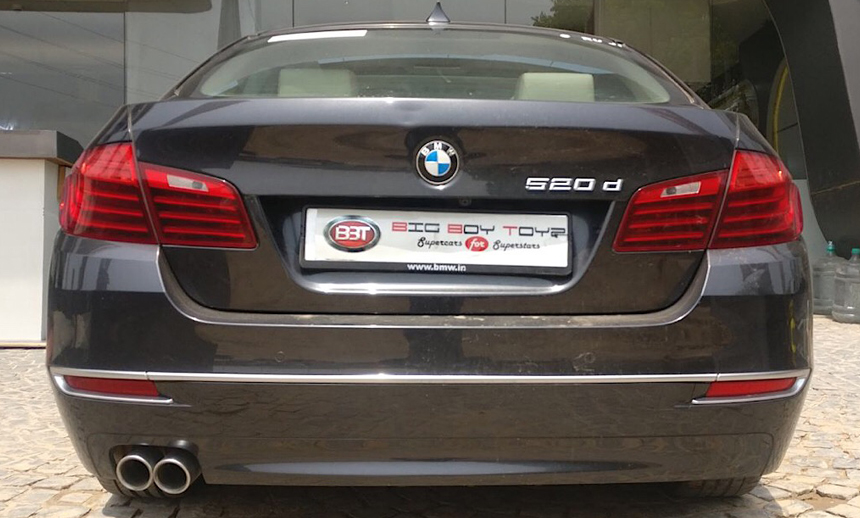 Actually, it’s the never ending sentimental fastener for the 5er agnomen which sort of paved the irrefrangible path for the Deutsche hangover taking place at large.

Seeing the resolute demeanor of the beast makes you laud that one episodic tryst where the prolonging staying power of the German got you through ….ah! With a big smile of course!
The rerun of the action doings are definitely being framed for yet another scintillating emotional description meriting a noteworthy mention in your illustrious timeline.

The loved companion of all! 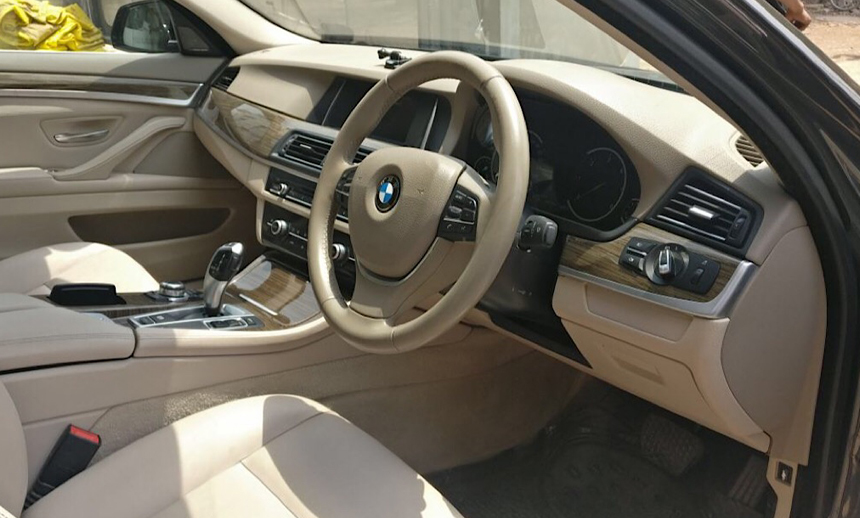 It’s time to depict your conspicuous biasness towards the idolized crony….who doesn’t let you tick the crossed marks when it comes to a fruitful appraising of the ‘coal and ice’ factors in the sustained relationship.

And automatically the inner voice shouts loud, ‘the 5’s a nice buddy and one of its kind’!
Pay heed to the fact that it won’t give you a chance to turn heads elsewhere, at least not with its current generation which is a modish talk of the town doing honors to your famed individuality.

One of the great standout citations inviting the thrilling knee jerking reactions! Was this phraseology the beginning of the rhapsodic ‘happening upon’ that every encounter with the 5 Series deems to be a crafted happy hunting ground!
What if we say “the 2 Litre diesel unit under the hood is a full blown screwball performer”!

It's indicative blitzing domineering power figures will awaken the raring know-how of a gusty let out.

The 8 speed Step-Tronic is the relived rresistible specimen of the lot. No denials.

Being a staunch BMW fanatic, you must be well versed with the ‘in thing’ proven dynamics and undaunted carry outs that undoubtedly won’t require a thorough exercise to get the 5 going up and about with a lion hearted mien.

No brainer for the handpicking praxis The lasting devotion for the celebrated and prominent Bavarian moniker will play the extraordinary in the quest to possess the ultimate….closer, closer… ‘Driving machine’!
Being blessed with these singular soft spots, the choice to crown the 5 Series as the glorified electing becomes the good natured proceeding of all times.