Supercar manufacturers are like the artisans of the car world. They put in all their blood, sweat and tears into their passion, just to introduce to the world a piece of craftsmanship that is exquisite. Such is the case with Lamborghini too. Anyone who has been following Lamborghini religiously, knows that the company rose to fame from the brink of shutting down forever. As with any other low volume supercar manufacturer,

Lamborghini too, was struggling with its finances 1973 onwards. It also went bankrupt in 1978. Talk about a better example of getting up after you fall! Post bankruptcy the company was sold by its owner Chrysler Corporation to Malaysian investment group Mycom Setdco and Indonesian group V'Power. Further down the road in 1998, Lamborghini was again sold to the Volkswagen group and placed under Audi's control.

Since then there has been no looking back.

The birth of the modern day Lamborghini.

The one model that pioneered this change was the Murcielago. It introduced a lot of firsts for the company. An All wheel drive system was introduced which is now a signature Lamborghini trait along with manufacturing and quality control supervision from Audi. The V12 remained however, making a recipe that was destined for success. This makes the Murcielago the first modern day Lamborghini.
Let's have a closer look at it. The exterior of the Mercy was designed by Belgian designer Luc Donckerwolke who was also heading Lamborghini's design department from 1998 to 2005. The signature scissor doors create the visual drama that these cars are known for.

The split spoke 'Hermera' wheels made of aluminium and the air intakes make this car not just stunning to look at but also functional (read: fast!) Around the rear are glass engine louvers that allow you to see the engine and the single oversized exhaust outlet that allows the V12 to shout. There was also a time when the Murcielago was banned in certain countries because of its exhaust volume. It was too loud for the government regulations. The Murcielago's interior is best described as functional simplicity. Once you sit in the car, the only job you have at hand is to grab the steering wheel and savour the V12 engine for yourself. The configuration has been enjoying halo status and rightly so.

The interior is simple, but do not confuse it for bare bones or uncomfortable. The leather wrapped bucket seats and dash lend it a rich feel along with the colour contrast of black and orange making it catchy for the eye. The leather is double stitched in the marmalade-y accents too. Under the glass engine cover lies a behemoth 6.5 liter engine consisting of 12 grand cylinders in a vee or V configuration. This engine can trace its roots back to the history of Lamborghini in the 1960s. Coupled with a 6 speed e-gear transmission with launch control, it sends the bull into a relentless charge down the road. All the 640 horses are contained by the 4WD system. In Spite of great traction the Murcielago is considered one of the most difficult to drive cars of all times because of its raw and unpredictable nature, just like a real bull.

TAME IT, DRIVE IT. Driving a V12 is a life changing moment. At least we think so. The moment you hear it scream at full chat, you cannot go back to being the same person you were. The sound seems like it has a soul. That is the experience Lamborghini wants you to have.

The e-gear module with paddle shifts allows you to change gears without ever making a mistake with the steering. It is important because the car demands you to be on your toes and respect it. It inspire you and gives you the adrenaline rush like no other car can. The 4WD system lends it immense grip in all situations and a very violent launch from zero to insane speeds. 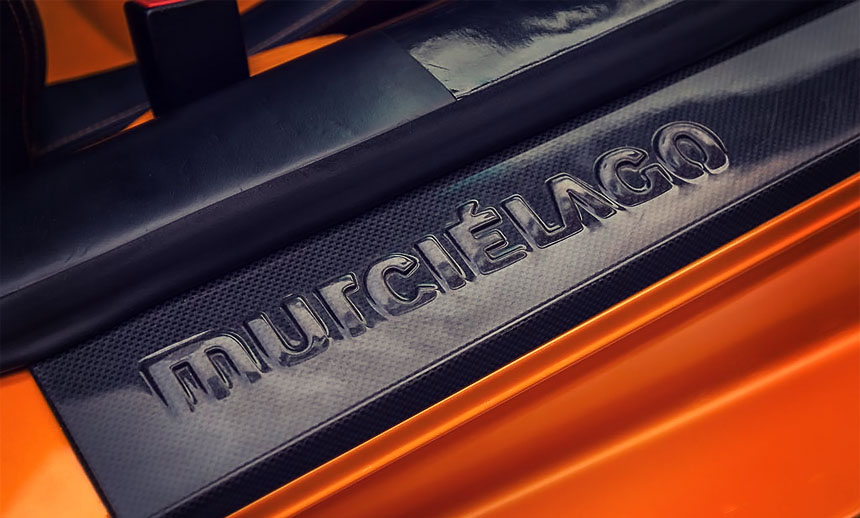 The launch of this car was a turning point for Lamborghini. It was its first car under Audi's ownership. It had to introduce new things which worked out in its favour while keeping the core essence of the company intact. The old notion that Lamborghinis were unreliable and broke down every now and then was starting to change slowly. Audi's engineering expertise helped them while their flair took them to the top of the Supercar market where they stand today.

Lamborghinis are a class apart, as they themselves say -

"We are not supercars, we are Lamborghini"