In tune with our well informed aptitude, a novel spreading out and extension did merit us to evaluate the listings modus operandi and the consequent success rate…… We’ll be regarding this to be an underscoring “keeping a tab” attempter to single out the “just arrived” automotive exhibits in the town’s most happening destinations.....which also secure that hulking and sizable noteworthy tag of being the singular wish list toppers. Are we getting back to the on the move spotting mode? 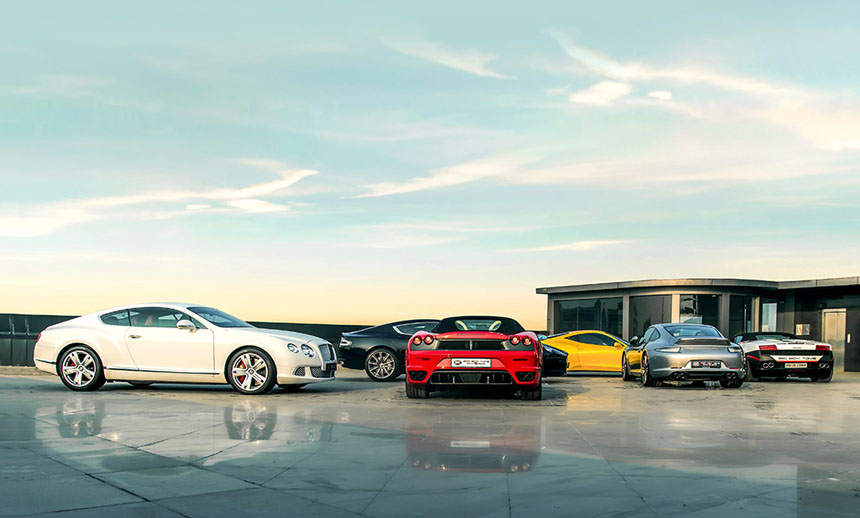 Oh! Yes……and to give a proper run through of the sole exotic experiential….let’s turn back to our own den by the name of Big Boy Toyz where there is a faultless synchrony of the heart’s desire and the pinpoint electing….
Remember the popular phrase of “All under one roof”?
Proceeding then!
Give us the honor in bringing to you the latest entrant’s in the ever expanding inventory of Asia’s largest supercar heaven….. Once again, helming your disposition to be the leading neighbourhood runner!!!
Saying that with a sure footed supporter of the dandy heroics which is enroute to becoming a superlative reference with the Audi R8 V8 4.2 FSI….
Kindly do a skillful note making of the generous tech aids stepping up as wondrous comrades in the bragging rights arena.
The super exotic destination would be more than privileged to enlighten you about the one of a kind four ringed sensation….by simply substituting the spoken linguals with a raring symphonic sound of the top horse V8. Up and about for a golden run with the British exemplar of grace & sophistication?
No negations. That’s why we mentioned the Biggie B in the starters.
What’s the breaking news! It’s already got the town’s most revered worldly wise clique in a contemplative mode which signals an early good news for team BBT who have spared no effort in already furthering the Flying Spur’s rarefied royal aura.
Kudos! Term it as a long lived practice of successfully acquiring the high powered superlative symbols.
It boils down to showcasing the admirable track record that has been nurtured over the years! By the way did you know that Big Boy Toyz possesses an A Grade degree in selling the maximum number of Panameras….and surely we’ll not stop you from grooving over their exclusivity and glitterati badge.
Big applause for sure…
There’s another caring factor too! This 2017 example will make a person witness the overly thoughtful philosophy of BBT as they have procured it with oodles amount of loadings thereby sparing the effort of a revisit the detailed spec sheets. 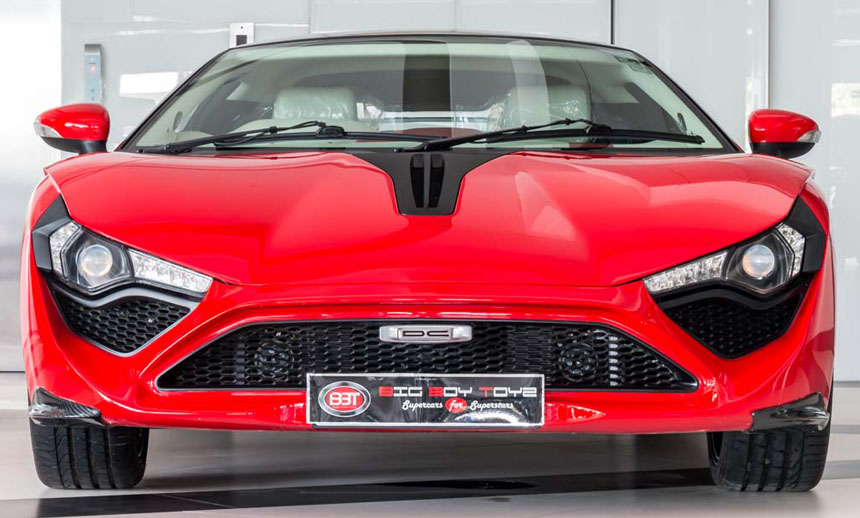 Not 1, Not2, Not3, Not 4 but umpteen number of them….
That’s our rough estimate.
So we would like to invite you onboard and test your cognitive skills in precisely letting us know the units of the Avanti sold by us.
Won’t it be exciting? Exuding its supernumerary exotic car badge, Big Boy Toyz would definitely like to give a distinct three pointed star treatment with the ace and novel CLS 250d and the out of the box Viano MPV. Suddenly you’ll get the reaffirmation that “one gets such kind of stuff only within the four walls of a Big Boy Toyz outlet”. But not without that “meaning business” AMG being around that adds the spoonful nudging ahead for the Stuttgart artist in terms of holding the golden crown for its maximum size of the inventory. 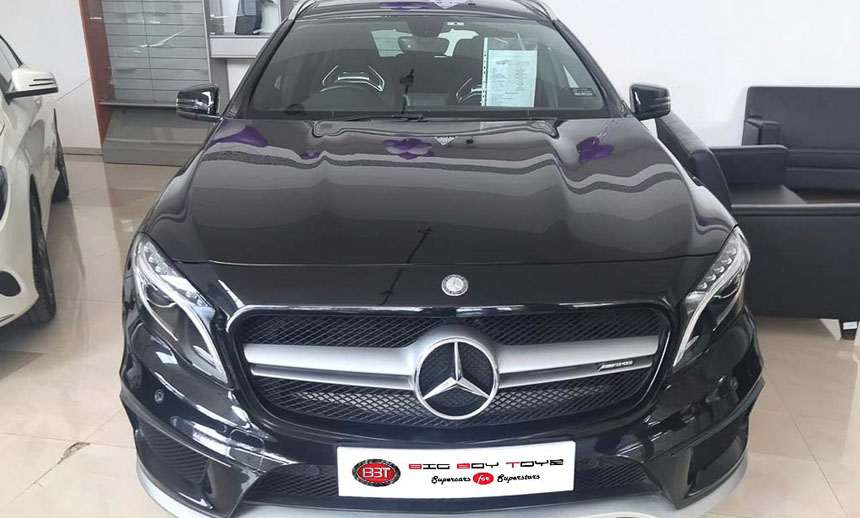 Call it a revival of the past as the spectral happenings of the GLA & CLA tuned to the numerical 45 orchestrate the twin scroll turbo terminology emphatically.
Surely! That was for the inquisitive beings…
All of them in the house then…..?
Well, for starters they’ll be scattered across the three superstops of Big Boy Toyz and we’ll definitely exude those coming on signs when the big day of fusion arrives. 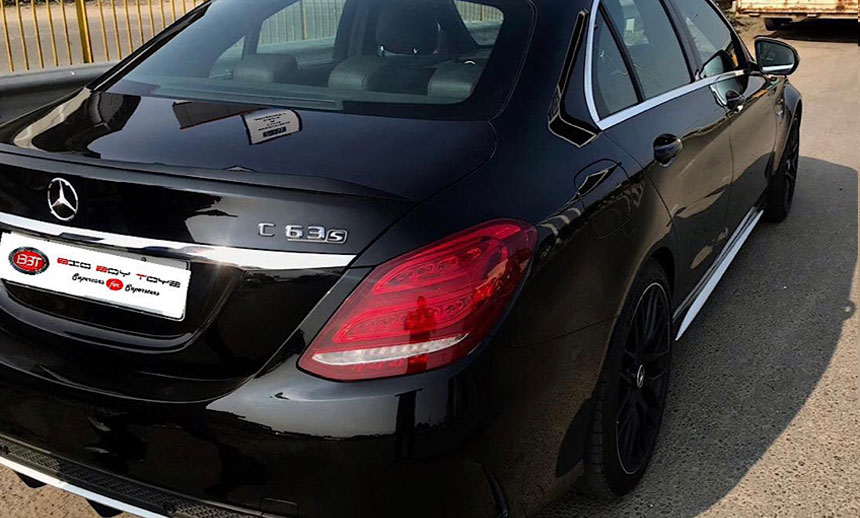 When you’re in for a mega gala treat….ah, then you shall definitely be not be reserving your settling on skills on these list openers, so why not zoom in on the metaphorical S ….meaning the stellar C63 S that’ll emanate its power packed “nature of beast” not via the naturally aspirated heart but but...a new talk of the town amongst the automotive fraternity i.e. the 4 Litre Twin Turbo V8….
So waited with bated breath to witness the change of equations!!! Can any tally be complete without the puissant raging bull?
Having developed a soft spot for the tenacious bunch of performers from the Italian stable, your explorative know how will find form once you come face to face with the recently entered Huracan Spyder.
To be honest, BBT didn’t want a prolonged head hunting spree at your end for a flawless individuality complementing. 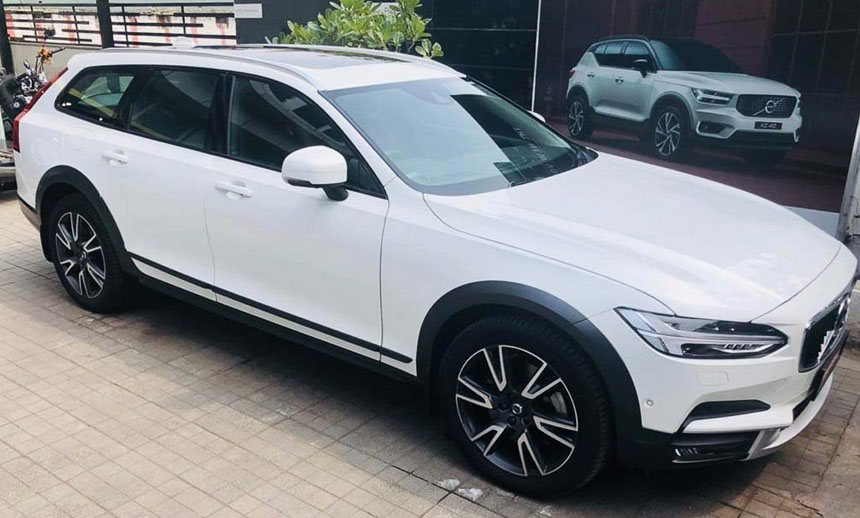 Remembering a snapshot of our last Swede encounter, which was a grand rendezvous with the hulking XC90.
Oh Yes! The inscription variant….
Ok, remodelling the former….. Churning a similar trial with the kaiser of innovations, the S90 sedan and the voluptuous V90 Cross Country.
Making the safety aspect the centre stage thing of attention, the Scandinavian crew will propel you to have a leaning for the mandatory pioneers of protection….
Hopefully you’ll make the learning count in favour of Big Boy Toyz.