THE BIG B OF THE CAR WORLD

SAY HELLO, TO THE BIG BEN OF THE GREAT BRITAIN.
Ya ya ya… we know what the Big Ben is, but JUST LOOK AT IT!

The English certainly know how to do things in style and with class. Everything from drinking tea to driving down a back road is done in a ‘Sir’ like manner. If there is one brand in the car world that captures this side of English conscious, it is the Bentley. The Papa B of the car world. The classy and understated, yet powerful and brash, all at once. This is showcased perfectly by the Continental GT.

A car designed to munch miles down at lightning speed while giving you a relaxing massage. Let us lead you into the opulent world of the Bentley Continental GT. 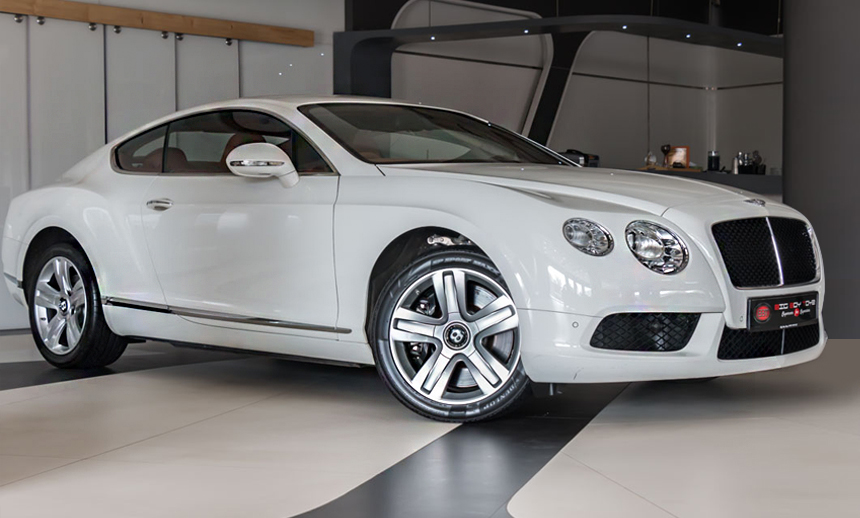 The outside of the Big B is unmistakably like a Bentley. It is big, round and imposing. Unlike other highly capable sport cars, you won’t find sharp lines and aero ducts, because well, it’s a Bentley which apart from being extra luxurious, turns out to be highly speedy too!

The front has a character of its own with the rounded headlamp setup with jewel like LED lights and a big black mesh grill for that sporty touch. The sides of the Bentley are well sculpted with a muscular shoulder line running around the back and 20 inch 5 spoke wheels giving it a big contact patch on the road. Come around the back and you see the curviness or the design neatly culminate into a round back end that is finished off with twin figure eight style tailpipes and rectangular tail lamps.

THE BENTLEY PLAYS IT WICKED YET, INNOVATIVE.

INSTEAD OF GIVING US QUAD PIPES ON EITHER SIDES, BENTLEY HAS CRUNCHED THE OVALS TO GIVE A SINISTER LOOK TO THE NEWLY FIGURE 8-STYLE PIPES.

AREN’T THEM NEW AND BUTCH? The interiors draped in Newmarket Tan give you an impression of a plush sofa as soon as you sit in. The leather is soft and supple to touch with quality at par with a Rolls Royce if not better. Now that is a very big statement, having a car comparable to the undisputed king of luxury on wheels.

The fiddleback eucalyptus wood veneer is the perfect contrast to the tan colour. The smell of the leather conquers your senses as soon as you open the door and that is what you want. You want to be cocooned in luxury away from the elements while you belt down highways and backroads all while the car inspiring oodles of gentlemanly character inside of you! The three spoke steering is a delight to hold although it does not give you sports car like feedback. The air vents and switchgear finished in knurled metal is the best surface you can touch inside the car.

The cold metal feels sinister too, against your skin giving a clinical feel to the car. Under the hood of the Continental GT lies a 4 litre twin turbocharged petrol V8 that was an Audi development initially. But the engine that goes under the hood of a Bentley is modified and given a rawer and louder character. The same engine is found in the Audi RS7 but in the Bentley, it feels way different. It produces a clean 500 horsepower and 660 nm of torque which is enough to propel this land yacht to great cruising speeds.

The 8 speed auto takes care of managing the cogs while you focus on feeling rich. Harnessing all that power is a 4 wheel drive system that ensures no drama (This is no wheelspinnin junkie) and all go on all road conditions.

WITH ALL THAT TORQUE AND POWER, YOU ARE COMPELLED TO THINK…
WHAT SORCERY HAS BENTLEY PUT INTO THIS THING?
HOW IS IT SO WICKEDLY FAST?
HOW CAN IT DO ALL THIS STUFF, BEING A 2 TONNE BIGGIE? The drive of the Bentley continental GT is unlike any other car. Even the other models from the Bentley range cannot compare to the experience this car offers. You sit in a cocoon of luxury feeling like a king and rush down corners at great speed without feeling any of the road, and in a good way! That is what the Bentley is supposed to do.

The V8 under the hood lowers the weight on the front axle as compared to the earlier used W12 thus improving the cornering reflexes of this car. The four wheel drive ensures maximum grip and control. All this is further proven by the 0-100 time of 4.6 seconds and a top speed of 297 km/h.

WAIT.
EYES WIDE OPEN?
MOUTH DRY?
THIS, IS THE GT, FOR YOU.

All in all, the Continental is a car for that individual who loves being in control of things, loves to drive yet does not want a compromise on style or luxury. It is for that high class individual that enjoys time behind the wheel as much as he loves his business meetings and high tea.

This Bentley, is for men not boys!

Here’s a look at the Bentley GT on offer at BigBoyToyz Gurugram: