The blog for today features one of Indian Bollywood’s most famous, glamorous and talented actress-Deepika Padukone!!!

Born to the ace badminton player, Prakash Padukone, Deepika played the game at the national level before she became a model and later entered films. 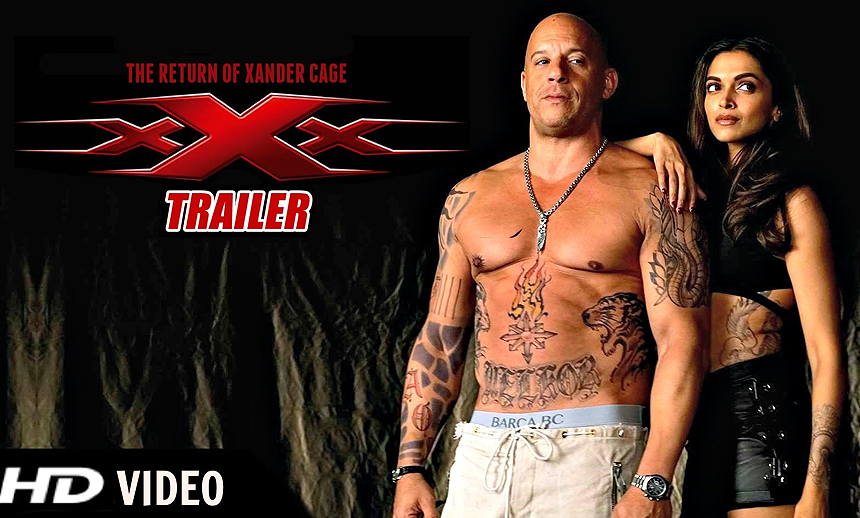 A multi- faceted personality, she has flaunted her own line of clothing for women besides being vocal about social issues such as feminism and depression.

Deepika is the founder of Live Love Laugh foundation that talks about the importance mental health in India. An accomplished successful star, her choice of cars are glaring examples of the charisma and class of the lovely diva. The prodigious and colossal flagship SUV from the four ringed German luxury car maker’s portfolio is quintessential of the company’s brand philosophy of technology, amelioration and makes a strong headway in terms of product acceptance and predilection.

When Audi entered the Indian market, it had only one trump card in its arsenal and it was undoubtedly the Q7, which was instrumental in setting up an undisputed legacy in the SUV segment.

Riding high on its gigantic and enormous looks, it served as an escape route for people who were looking for something different in terms of size, comfort features and drivability.

This indeed worked and from thereon it was no looking back for the company as this model then became a fancied choice for the elite class of the society along with the famed Bollywood Superstars.

Positive reviews, feedbacks and a portrayal of its sheer off-roading capability deemed it to be the pick of the segment in the buyer’s sub conscious mind.

Going ahead, a facelift model was introduced later on for the discerning customers and it won tremendous appreciation and accolades for its legacy right from its inception. 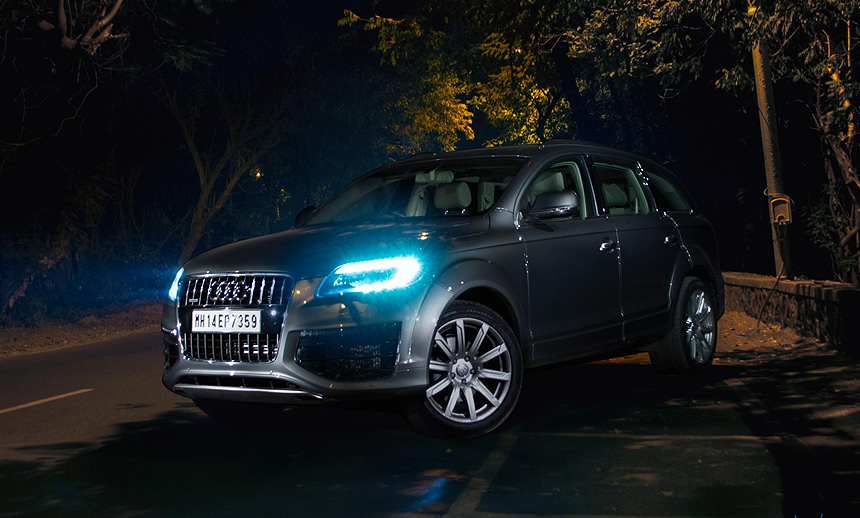 Subtle exterior changes such as the segment first LED daytime running lights, wide rectangular chrome stripped radiator grille with twelve vertical slats housing the prominent Audi logo, horizontal jewel string for the indicators embedded with the front air intakes on either sides and curvaceous lines all around with a dynamic and muscular stance when viewed from the horizontal angle. 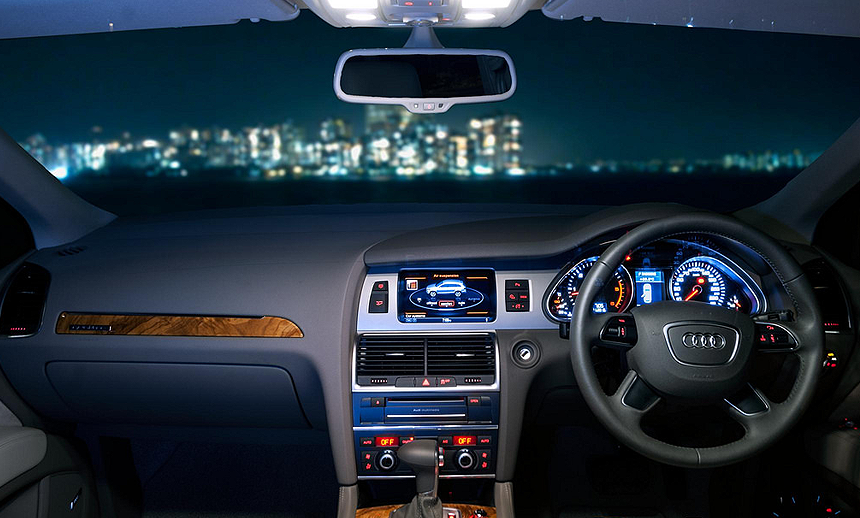 The modernistic interiors present a unique charm of their own with some fine novelty touches like the crafty Multi Media Interface as a first rate mention and pampering the occupants further is an exhaustive customization list to make your journey as happening as ever.

The bellwether 4.2 TDI motor with a generous 335bhp on tap with an impressive 800 Nm of torque mated to an eight speed automatic gearbox simply fascinates one with its stupendous performance and raw power on tap.

The fierce run from 0-100 kmph takes 6.5 seconds with a top speed close to 240 km/hr. The thrilling factor on offer is the Adaptive Air Suspension that can be configured accordingly to cater for the most pleasurable drives, the prominent one being the dynamic mode in which the SUV sees a major transformation from a calm & composed being to conform to the over zealous nimble enactings. The Q7 is one of the preferred options for Deepika as it goes well her young modern age looks and personality while being an epitome of style and sophistication. Extravagance and luxury get a new definition with the four door imposing German saloon. The flotilla leader A8L strives to take things to another exciting level with the amount of goodies, bells and whistles that it offers to its esteemed occupants.

Originally, when the A8 was launched in India way back it did not create that much of a stir because people were still in the speculative stance regarding the capabilities of this monster. source -rediff
It wasn't to stop at this one though!

The curtains were raised on an all new generation A8L and this time it being bigger, better, better, elegant, charming and boasting of technological advances ready to take fight with its German rivals.

The overall increase in length and wheelbase lends it to be a perfect palace on wheels along with qualifying as an on the move corporate boardroom. The Newfangled LED headlights with the majestic jewel shaped inscription do indeed catch your eye on the road.

Every Audi model sold in India has a distinct and individual character that can be judged by the unique LED lighting upfront. Grace yourself to one of the finest interiors of all time with features that redefine segment norms. The charm of the intuitive MMI touch and the new age gear lever to the exquisite back seat arrangement, engage you thoroughly and makes you feel special and pampered.

One feels that sense of occasion on entering the cabin of the A8L as the minutest of functions can be explored in a steadfast manner.

The powerhouse 4.2 FSI V8 with 372 bhp and 45.37 kgm of torque simply enthralls you with its ballistic surge ahead.

The eight speed gearbox plays a catalytic role in awakening a racer instinct within you to extract the maximum potential from this luxo barge.

A 0-100 kmph flat out run is accomplished in 6.4 seconds to be precise with a top speed of 250 km/hr and this compels you to drive this monster out on an open highway testing its true capabilities. For Deepika the A8L represents fame, triumph, glory and a glimpse of the hard work put in by her all throughout to reach the massive heights of success. 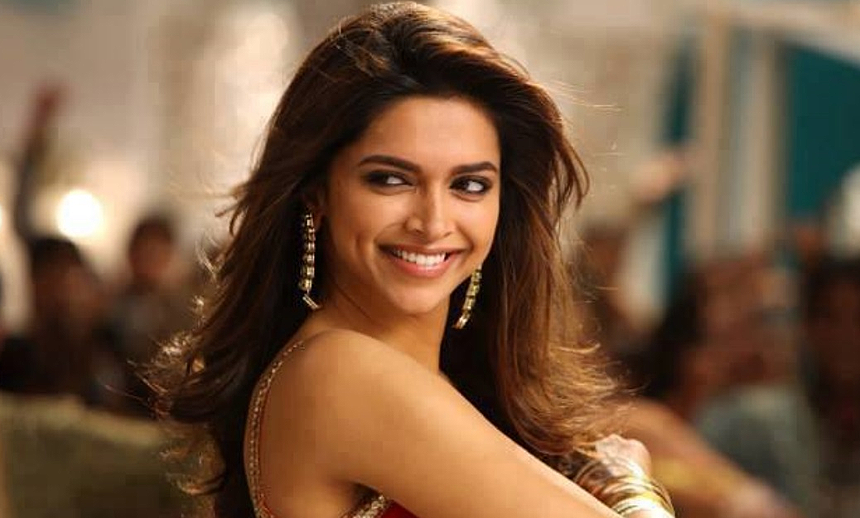 Deepika Padukone has outspoken feminism and has said that it is not about being aggressive but being soft, strong and full of willpower, the qualities that she has fully endorsed. This attitude and demeanor of hers is an ideal personification of these cars with a strong built quality and soft warm interiors.