Nissan GT R: Above the benchmarks

“Possessing the soft spot inclination towards the momentary and short-run things of enthrallment proved to be the right springing for the off -beat hang ups pointing to a wholehearted legwork and fact finding of the essentials…..” Giving a full- fledged shot to grasp the nitty gritty bottom line stuff in the quest to flash on the high game number theories of the exotic four wheeled genesis, the temptation to be stuck on the Asian…rather the Japanese epitome of briskness and agility….sorry to interrupt…even these words are less to describe the storming carry through of this fierce beast which tends to acquire a wild pretext for a grand cover story on the automotive critics’ one of a kind go on the air. Something different this time, rather a staunch departure from our precise pinpointing the European doers in a jiffy.
Ok we know it, so why not give you the honors to come out clear with the screwball tarmac performer.
Thinking and thinking!
Which is it?
The familiar name must have already started to give sporadic appearances as you start to hurriedly jot down the revered trade names in a fit of excitement.
One, Two, three…..four!!!
There it is, there it is!!! 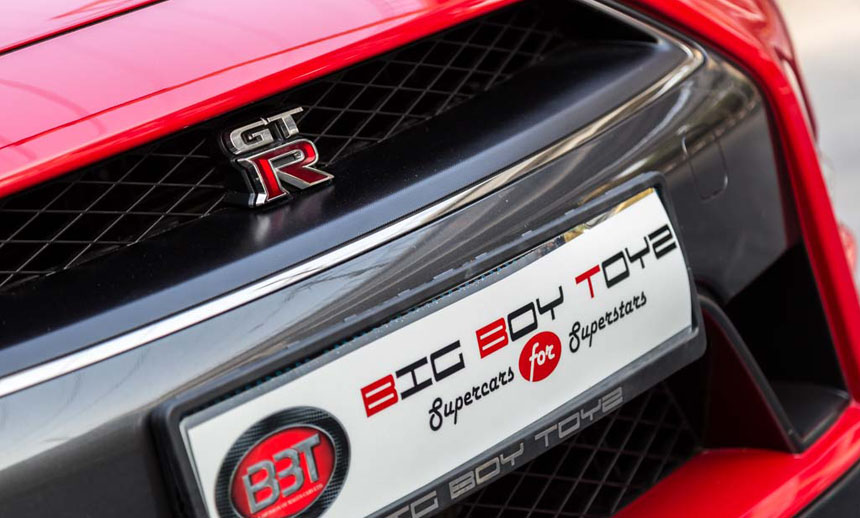 The mighty Nissan GTR! Phew!
You did it. Cheers!
The apex dynamo much to everyone’s surprise records its welcoming at the top of the paper…..that is some luck. Come on! After all, it hails from the land of the rising sun.
And we are not stopping one bit to get up and close with the behemoth machine for now……ah!
Multi aspect story too for this also! The unambiguous terminology which comes straight from the heart willingly for the energetic thingamabob!
That’s a pretty well conceived one actually. Doing the prepossessing bit, the stage name will make ready a celebrity noteworthy meaningful for the one up supremacy in your stride of good things to bank upon! Aping the cyclopean character of the movie, the GTR surely goes the self -directing way of portraying the chock full versions of a sudden raring to go eruption on the twisty race track. 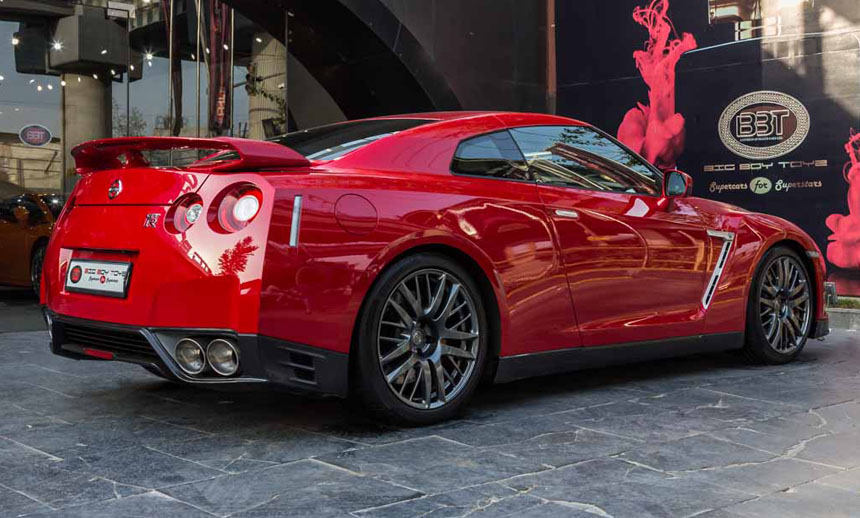 It shouldn’t give you jitters or a spine tingling effect!!!
The self-effacing Easterner will superlatively rule the roost for the unconventional spectacle of its gladiatorial and trigger-happy undertakings for a stentorian mention to its daring quotient. And do keep in mind! The GTR isn’t involving itself in any sorts of fire eating tactics or mind games with the rivals.
Because it is a lone singular and game changer by its own virtue characterized by that lead footed unordinary badge that has a lot going for it………!!!

“The town boy companion”
So how were you visualizing the beaver GTR busy on a spark plug frenetic course of action?
Would it fit in the daily stint of the night frolics and merriments on the city boulevard as a first step of reformulating its wild haired character! It won’t be a laborious grub work for the ace being to step up to your ecstatic frame of mind for a lively relishing of the new boy in town.
That’s making the GTR feel markedly lucky for it being admirably treated to a stately “getting the nod” dealing for the wishful outing…..and in the process crowing it as the fancied pinpointed possession.
Neighbor’s envious facial expression! Oh! Take it as a motivational vestige that indeed people are talking about you! Clapping and cheers aplenty!

The GTR’s rumbling exhaust note will be a thing of the present to laud upon and so will be its latest fad exteriors as it ably calls the shots for the current in city “trending” anchor.

No second opinions on the looks departments as the GTR when pushed hard leaves a sci-fi trail of being an animated object achieving a feat of heroic big ideas behind the scenes. The well conceptualized interiors meeting the rudimentary ABC philosophy of “everything is perfect” will merit a deep dwelling for the uncommon pickers having an offbeat preference.
Achieved Distinction! Wow! Nissan’s GTR won’t be leaving any things to ponder over as to why you would turn your attention to something else to derive the same nighttime indulgence……lest you relinquish the something extra that is on its way till the encounter happens again.
“Go getter on the run”

The breed of a full tilt acrobat doing overtly well for the spate of fast outpourings in a succession! You’ll pretty much affix a bundle of hi-fi terminologies before the tenacious 3.8 twin turbo V6 petrol motor which spawns an aggressive amplified “more than 500bhp” for the double timers…….

The GTR’s numbers game enables a “mean business” typical instance of surpassing the ‘well accepted notions of performing within’…..as the stalwart doesn’t need a purposeful look into the meaning of the word limit!!
Propelling the charge is the 6 speed dual clutch gearbox which you’ll feel happy to play around with. To be very honest, the transmission doesn’t miss the rare chances and works as a no slouch to register itself in glowing terms for a frequent recital….
Hair trigger typical!
The Japanese should be given credit to the fact that they’ve equipped the GTR with a smart and responsive four wheel drive system that pulls strings for immense grip and control around your hand picked corners…..because Nissan wants you to do it with perfection and not be left wanting for more.
This was one!

The second being the propagation of the saying “to each his own” as one can significantly shift gears between the transmission setting, damper alteration and Vehicle Dynamic Control (in case you want the nannies to go on a holiday trip for good)!!!
Show is on for good to test its mind boggling circled 0-100 timing of a mere 2.9 seconds. Oh my Lord!
What was that? It needs a second revisit.
The ingenious solitary tale with the master crackerjack will be a strong depiction of your prompt particularity too.
To be carried forward until next time.

“Heart winning at the end” Let’s admit it that the GTR is a famed illustration of the exceptional Japanese executions brought to light efficaciously. Put it on the raw abundant potential of the phoenix under the hood which is elevated to a pedestal, each time the forceful nudging ahead is desired in totality. The looks are something to drool upon and worth an A-1 super-duper appreciation while the cabin can easily go on a benchmark alteration spree with its fine brainwave revered theories. There it goes! Being at the core of the extras “one more, one more” in its arsenal, the GTR does appear to be different when viewed on a whole which makes for the thoughtful coming through straight from the heart.