Elevating from the tutoring level 1 process of grasping about the vanilla and elemental dressed exhibits……made us nurture an inclining and penchant for the splendid and exquisite entities with a consequential deep digging into their admirable and unrivaled ‘sought after’ patronymic.

Getting it in line with our everyday automotive habitude to come up with something rather unusual and different for a wholehearted discussion meriting praxis!
Focus, focus!!!
Have we touched on the cream of crop from Britain?

The one’s who play the game with their bottom line tags of luxury and sophistication as a means of individuality and what if the red carpet rolls out to a worldly- wised seasoned practitioner which offers the same ‘best in business’ along with a jazzy portrayal of its tickled pink demeanor.
Put the shapes and sizes at the forefront to relish the whimsical protagonist bearing the majestic emblem highlighting the letter B along with the two wings on either side…..

Oh! The alluring Bentley…….the name is a big revelation in itself… And it is sure to catch your eye with the episodic Continental GT Supersports….one of a kind…. that supposedly puts a cap on the old school ways of commencing the rudimentary analytical review.
No place for a customary routine proceeding in the beast’s yard.
And of course, we both can join hands to adapt to the new matter of course for a change.

Being wary of the numbers dictum? Ah! The Continental GT Supersports gets you going after the staunch Fabian policy without qualms.
That massive 6 litre twin turbo W12 under the hood isn’t to be passed off in a jiffy as the rage enlivening power specs of 630PS and 800 Nm of torque are a prelude of the sci-fi animated undertakings to follow.
But certainly it won’t get you running scared…..!

How is the ‘limited edition tag’ adding the extra supplements to the already exclusive masterpiece? Imagine the supreme clannish peculiar being spectacled with over the top admiration and reverence.
That should put your priced -possession in the elite list of winning top honors for a consequential trailblazing of its eponym moniker.

Does it bring out your wholehearted appreciation for the British chef’ de oeuvre! 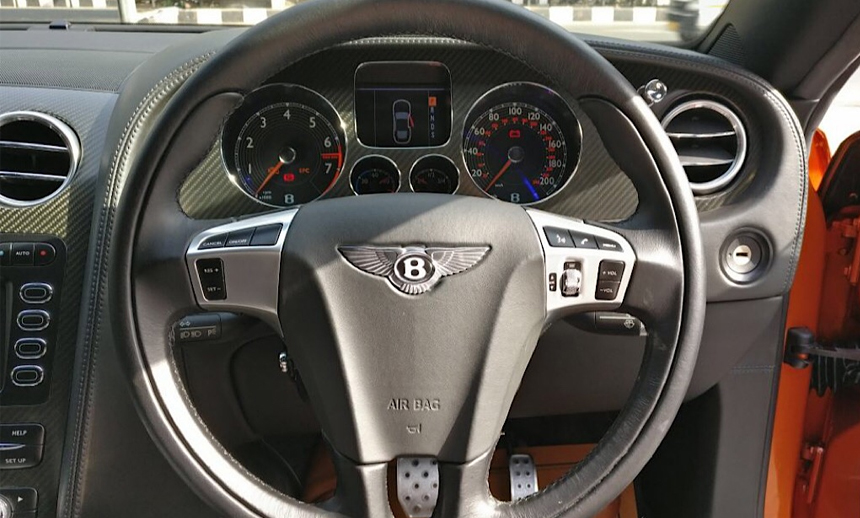 In loads and abundance actually!
The Continental GT puts a charged up doting effect on you for thinking highly of the imaginative English heads who have overwhelming barn door extolments in their armory for sprucing up the coupe with all the adorning bits. And that’s when the prettifying veneration also shows up for the second to none interior setup which Bentley has aptly tailor made as a flawless beaten path for the preferential. Well that’s the notoriety plus point being highlighted in your genre of standouts.
A high five for the same!

An out of the box choice or a heartfelt decision! Either of the two won’t really matter to the British because at the end of the day, putting your hands on the famed picking will make them realize your lust for the unexcelled.
Something to make them proud of their noteworthy feat!

No worrying for the monetary additives! Because you won’t leave any stone unturned to wholesomely dress up the exotic Bentley to do a polish satin Jaunt in the town.
There it goes strutting the ‘in chic’ vogue appeal aplomb.